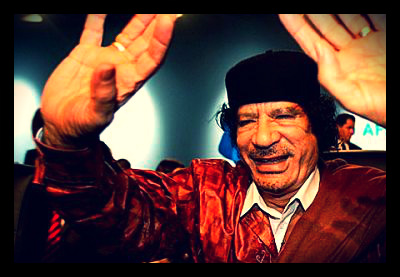 The uprisings in Ukraine have once again exposed the penchant of the powerful to amass great sums of wealth at the expense of those for whom they are sworn to care. Following former Ukranian President Viktor Yanukovich’s ousting Saturday morning, Ukranian protesters discovered his secret cache of vintage cars, exotic animals and personal golf course in his Mezhyriya compound in Kiev.

Now open to the public as a “Museum of Corruption,” Yanukovich’s exorbitant horde qualifies him for inclusion to the growing legacy of dictators and political leaders that cash in on the wealth of the public.

Here’s a list of some of the more eccentric, public-fund wielding leaders that the world has had to tolerate.

Hussein would have had to drive at least 35 of his cars every single day in order to make use of all 13,000 cars in his collection in one year.

Amid high levels of poverty at the turn of the 21st century, the eldest son of Saddam Hussein had a personal harem, gym and zoo complete with lions, cheetahs and a bear. He also possessed $1.65 million in fine wines, liquors and heroin.

Known for his cruelty, Hussein reportedly trapped Iraqi athletes inside of an iron maiden when they displeased him and would leave unconscious friends to the whims of his inebriated pet monkey named Lousia.

Uday Hussein died in 2003 during an artillery battle between United States Armed Forces when they attacked his compound in Baghdad, Iraq.

When the insurgents of the “People Power” Revolution stormed Philippine President Ferdinand Marcos’ palace in 1986, they encountered artwork by Cezanne and Monet, cartons of jewelry and gold coins, and most infamously, his wife Imelda’s room full of designer shoes. Alongside his wife, the 20-year dictator of the Philippines stole an estimated $10 billion from the public treasury, an especially exorbitant amount considering that much of the island nation’s population lived in abject poverty, many without shoes.

Following the ouster the Marcos’ fled to Honolulu in exile, where Ferdinand died in 1989. Imelda returned to the Philippines in 1991 and has continued a life in politics, eventually becoming the representative for the Ilocos Norte province in 2010.

At the time of his death in 2011, news organizations reported that the Libyan despot had an estimated $200 billion in wealth, making him one of the wealthiest individuals in the history of the world. Although these funds were never owned by Gadhafi himself and were not explicitly proven by financial sites like Forbes, he still siphoned heavily from public funds to feed his need for luxury, as well as his children’s.

Artists like 50 Cent, Beyonce, Mariah Carey and Nelly Furtado all played concerts for events sponsored or hosted by members of the Kadafi Family, customarily receiving millions of dollars for their performances.

Misappropriation of public funds is nothing new, but these dictators took their privilege beyond levels of ordinary reproach. For the vast sums of money they spent on arguably superfluous luxury items, demands for transparency will not quite cut it. Instead, worldwide accountability for political leaders may be necessary, whether or not the leaders accept it.