Tag Archive for: Femicide in Argentina 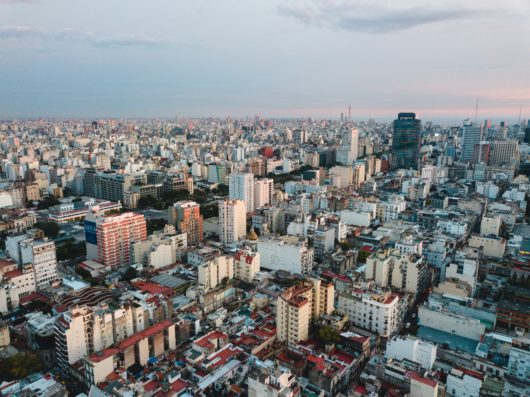 Argentina is South America’s second-largest country and it was once one of the world’s wealthiest nations. Argentina has a vast variety of agricultural and mineral resources and a highly educated population, but it also has a long history of political and economic instability. With a population of 44.1 million people, Argentina legally has good human rights, but these rights are often disregarded or ignored, especially towards women. Women continue to face economic discrimination, gender-based wage gaps, extream violence and poor job security.

The world justice report says that women in Argentina are more likely to be employed through informal means, without any social security and find it difficult to access free services. Of all the issues that Argentina faces, the biggest and most well-known issue is the increasing amounts of femicide cases.

Femicide is described as the gender-based killing of women because of their gender and it is the leading cause of premature death for women globally. Femicide in Argentina continues to grow each year. The Council on Hemispheric Affairs reports that in the last decade in Argentina, 2,638 women were killed or have died for the sole reason of being women. Out of this number, 75 percent of the deaths were committed by men close to the victims, either family members, romantic partners or ex-partners. “Every 29 hours a woman is killed in the country,” said Raquel Vivanco, president of the Observatorio Ahora Que Sí Nos Ven at a press conference.

There have been numerous mass protests in response to the unjust treatment of women and the governments’ failure to recognize the issue. The biggest movement to date is the Ni Una Menos which translates to “Not one (woman) less.” This movement started in 2015 after a continuous string of murders of women, all in different circumstances but similar murderers and reasoning. This movement against femicide in Argentina continues to run and will have their annual march in June later this year.

Causes of Femicide in Argentina

The advocates for human rights group says that the causes of this type of violence are linked to gender inequality, discrimination and economic disempowerment and are the result of a systematic disregard for women’s human rights. Femicide frequently occurs in an environment where everyday acts of violence are accepted and impunity is facilitated by the government’s refusal to deal with the problems.

In December 2018, Argentine Chamber of Deputies approved the Micaela Law to eradicate gender-based violence with 171 votes in favor and only one against. The bill, named after Micaela Garcia, a femicide victim who was murdered in 2017, calls for a mandatory gender training for all state officials and workers. This training is much needed because of the insensitivity of public servants while dealing with cases of gender-based violence.

There are six key points of the Micaela Law:

Activist groups are getting involved as well. The Latin American Group for Gender and Justice (ELA) has a 12-month program which addresses the two most urgent problems, violence against women and access to reproductive rights. The purpose of this program is to promote a network of individual lawyers, practitioners, organizations, and nongovernmental organizations with expertise on women’s rights to provide legal assistance to women facing rights violations and contribute to the cultural transformation needed to end the discrimination against women.

Femicide in Argentia is a big issue and continues to negatively affect the way of life in this beautiful country. However, many activists groups and the Ni Una Menos movement are trying to team up with the Argentinian government to solve this problem and put an end to femicide in Argentina once and for all.