Tag Archive for: Females in College 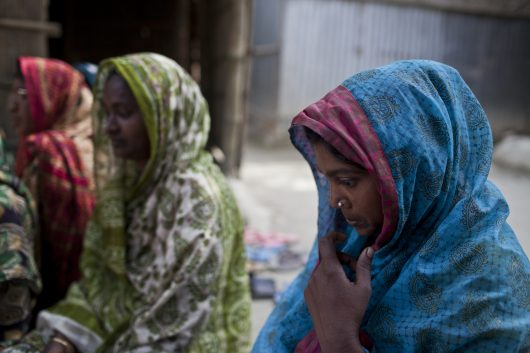 The Diocese of Kushtia (a sector of the Church of Bangladesh) has been making great strides towards educating women throughout the country, especially in the Meherpur region.

Traditional child marriages are one factor which keeps girls from finishing their schooling. According to the Daily Sun, girls who are married before the age 18 are one and a half times more likely to drop out of school than women who are married after becoming adults.

Meherpur used to be infamous for having the highest child marriage rate in the whole country, peaking at around 64 percent. However, this past year, citizens of the region pledged to remain child marriage free to protect local children and allow them to stay in school.

The Diocese of Kushtia, part of the Church of Bangladesh, owns two hostels where they host over 20 female students during their college studies. The students attend the nearby Women’s Degree College in Meherpur, which they would not be able to afford without the Church’s financial help.

Historically, female students in Bangladesh have faced higher dropout rates than their male counterparts. This means that women are less likely to continue onto secondary educational pursuits. In 2003, over 86 percent of women enrolled in secondary education throughout the country dropped out compared with 81 percent for men. Dropout rates are even higher in more rural regions like Meherpur.

The Bishop of Kushtia, Samuel Mankhin believes the focus on women’s education is very important because ”very few are higher educated. Both Muslims and Christian parents just ignored girls’ education even a few years ago, but things have been changing.” The diocese urges parents to support higher education pursuits for their daughters.

Mankhin is quick to point out the high quality living conditions in the hostel, sharing “…they are having all the facilities: they can have their meal together, they can have morning and evening prayer, they can go together to the college, they have library facilities provided by the hostel, they can have recreation, sometimes they can watch the television.” Both hostels also provide security and supervisors on site.

By speaking out against child marriages and placing women in an environment conducive to learning, the Church of Bangladesh hopes to provide local females with more successful futures.