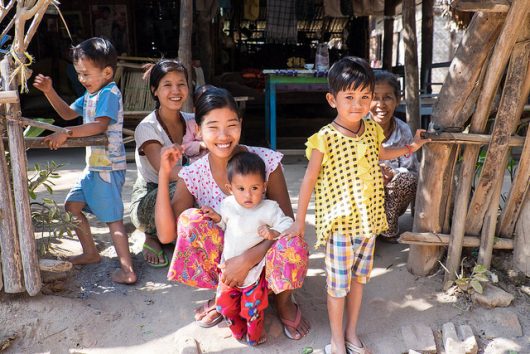 In 2011, Myanmar, the Southeast Asian country formerly known as Burma, began to transition to a democratic form of government after previously being under military rule for decades. This transition to a civilian-led government encouraged leaders of Myanmar’s economy to open their borders to foreign investment and reintegrate the country into the global economy.

Despite the country’s best efforts to catch up economically, Myanmar remains one of the poorest countries in Asia. Roughly 26 percent of the population’s 55 million people lives below the poverty line. This is a result of the isolationist policies that existed for years prior to the country opening its borders to the rest of the world. As a result, Myanmar suffers from poor infrastructure, underdeveloped human resources and deeply embedded government corruption.

As the country moves to a democratic form of rule, women have been finding ways to participate in a political system that was historically headed by men. A recent push for women in government in Myanmar’s last two elections in 2010 and 2015 shows the potential for more women representation and equality for women across the country.

On paper, Myanmar appears to be one of the most progressive countries in Asia when it comes to women in government. In 1935, women were given equal political participation rights in the constitution. Additionally, in 1995, Myanmar endorsed the Beijing Declaration and Platform for Action. This aimed to remove obstacles for women in both the public and private spheres of life.

However, women’s ability to participate in Myanmar’s government has been relatively limited. Sixty years of military rule kept women from participating in any capacity in the decision-making process. Even today, though Myanmar appears to be progressive when it comes to gender equality, the reality is that there are relatively few women in government compared to men. In the 2010 elections, only 6 percent of national parliamentarians were women.

It is essential to include women in the government decision-making process as Myanmar attempts to address issues of poverty within their borders. Female representatives can bring new perspectives as the country continues to develop. Many groups exist to promote the inclusion of women in politics of Myanmar. One of the many active groups is Women Can Do It.

Women Can Do It

Women Can Do It (WCDI) is an organization dedicated to raising awareness and building self-confidence in women. Across the country, women influenced by this organization are encouraged to run for office and become change-makers for their communities.

Created in 2001, well before the country’s transition to democracy, WCDI is working to create a just, peaceful and gender-equitable society in Myanmar. One of its key goals is to get women involved in the government decision-making process on issues of peace and development nationwide. This includes some of the aforementioned issues like addressing poor infrastructure, inadequate human resources, and fighting corruption.

By focusing on these five sectors, WCDI educates women and pushes for more women in government across the country. The organization uses these five areas to give women a springboard from which to advance and become more involved in their communities. These efforts have great potential to improve the quality of life not only for its women, but for all of Myanmar’s citizens. 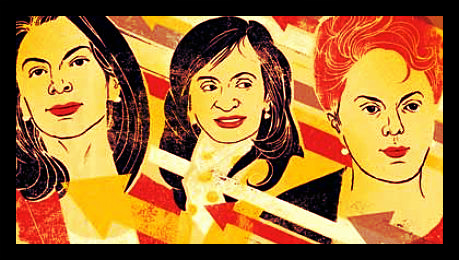 Chileans are choosing between a former president who aims to increase accessibility to higher education and a right wing politician wanting to keep taxes low are the candidates in the December 2013 presidential election. What is secondary, but notable, about these candidates is that both are also women.

The Chilean election is indicative of a larger trend in Latin America and the Caribbean of the ascension of female political leaders.

Eight of roughly 29 female presidents worldwide since the 1970s have headed countries in Latin America and the Caribbean, with half elected in the last eight years.

Quotas for women in government explain part of this progress. Argentina pioneered the quota system in the early 1990s with a law requiring that 30 percent of legislative candidates be women. As of 2006, 50 countries have adopted the quota system, including many in Latin America.

In Costa Rica, Ecuador, and Bolivia, every other candidate on a party’s election list is required to be a woman.

In North and South America, with the noteworthy exception of the United States, women are being elected to the highest offices of government.

In Latin America’s largest nation of Brazil, Dilma Rousseff was elected president in 2010 and will run again in 2014.  She previously held the position of energy minister and was ranked #20 in Forbes’ Most Powerful People list in 2013 and second on its list of Most Powerful Women.

Jamaica’s Prime Minister Portia Simpson-Miller is the island nation’s first female Prime Minister and has fought for full rights for LGBT Jamaicans. Time Magazine put her on the 100 World’s Most Influential People List in 2012, and U.S. Congresswoman Yvette D. Clarke has said that Simpson-Miller is “inspiring a new generation of women, particularly from the Caribbean diaspora, to get involved in public service and make a difference.”

According to polls, a substantial shift is taking place in the minds of people in Latin America. Roughly 80 percent of people in the region now believe that women should participate in politics.  That figure contrasts sharply to the 30% who believed this in the 1990s.

Progress for women in some parts of Latin American politics has been relatively recent, with El Salvador allowing women to run for office only since 1961 and Paraguay’s constitution giving women the right to vote that same year.

Despite women rising to the highest levels of government, participation in parliaments is still low even in countries with female heads of state.

Latin America nonetheless boasts the second highest average number of women in the lower houses of congress with 24 percent, only less than Scandinavian and Nordic countries, which both have 42 percent.

Rwanda is the only country in the world where more women than men serve in the lower house of parliament, with Andorra coming in second at 50 percent. In Latin America, Nicaragua has the highest number of female politicians in the lower house at 40 percent.

While these numbers are promising, no country in the region has therefore achieved gender parity, and experts worry that progress for women in government could be reversed. Ingrained sexism, income gaps between the sexes and male dominance in corporations still persist.

In Chile, the income gap between men and women has gotten greater in recent years, with men earning $1,172 per month compared to women’s $811.

Each region and country in the world struggles to bring about political, social, and economic equality of the sexes, but Farida Jalalzai, a gender politics scholar at the University of Missouri-St. Louis asserts, “Latin America is really ahead of the pack. This is interesting because it had seemed to stall by the early 2000s, but no more.”