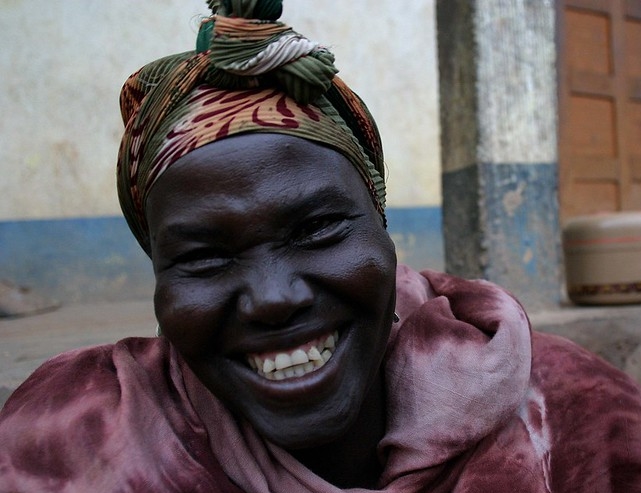 Lonah Cheptilak, one of the Trail Blazers Foundation’s activist grandmothers, is a “Role Model Mother,” advocating for women and girls in the Amudat District of Uganda. Cheptilak mentors 20 adolescent girls, visiting them at school, tracking their progress and providing counseling. Cheptilak is currently lobbying the district to set up a rescue center in Loroo Sub-County due to the prevalence of FGM and child marriages in the area. She is also fighting for schools to reopen to provide protection for young girls during COVID-19. Cheptilak states, “FGM in Amudat is a bigger problem than COVID-19. Students used to find refuge at school. Now some parents are using the closure as an advantage to cut their daughters in gardens.”

In Uganda, if a woman does not undergo FGM, she faces not only public ridicule but will be in danger of losing her bride price. This is a significant deterrent in choosing to remain uncut, even though legislation makes the practice punishable by law. Research shows that young girls have utilized COVID-19 lockdowns to cut themselves in private and receive medical care afterward. Because of the cultural norm that pressures girls as young as 11 to conduct the atrocity on themselves, it is vital that governments and organizations engage leaders in the community to transform the system from the inside out.

Dorcas Chelain, the vice chairperson of the Amudat District, advises social workers and activists by sharing her cultural knowledge. For instance, Chelain understands that simply speaking to the women in Amudat has proven ineffective. While they may agree that FGM is harmful and must end, the women lack the power to change the system. In order to survive, they defer to the male influence and cultural norms that dictate their reality.

Innovative problem-solving techniques are required to involve communities in the elimination of harmful traditions. In the conservative Pokot community in the Amudat District of Uganda, the Straight Talk Foundation has been actively engaging with the people and persevering through the difficult process of convincing girls to defy FGM in Uganda. Through this work, 20 girls refrained from undergoing the FGM procedure. Empowered by the support of their parents and the church, they were able to resist FGM and get married despite being uncut.

The women have become an example of possible alternatives for communities that base financial, moral and marriageable worth on FGM. The government of Uganda strategized to include these 20 couples as ambassadors representing the possibility of a new way of life. For their brave resistance, each woman was rewarded with 20 roofing sheets which would help in the construction of a permanent home.

It is clear that to truly end female genital mutilation in Uganda, such a deeply ingrained cultural practice, government, organizations, families and communities must be involved to create lasting change.