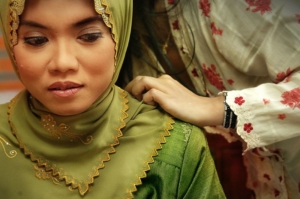 One of the most extreme and dangerous forms of discrimination against women is the practice of Female Genital Mutilation (FGM). Some might not associate the practice with modern, cosmopolitan countries outside of Africa. However, the truth is that it is still quietly happening in a lot of communities in Southeast Asia. In fact, Female Genital Mutilation in Southeast Asia is more common than people previously thought.

What is Female Genital Mutilation?

FGM comprises all procedures that involve the partial or total removal of female genitalia, or other injuries to the female genital organs. FGM usually takes place on religious or cultural grounds and undertaken for non-medical reasons, leaving the girls with long-term health complications. International organizations, such as the U.N. and the WHO, universally consider FGM a violation of human rights and an extreme form of discrimination against women. While it has no health benefits, the practice is prevalent and often performed for cultural and religious reasons. The WHO estimates that more than 200 million women and girls have experienced FGM and that more than 3 million girls are at risk of this painful practice annually.

While the procedure in many African countries commonly occurs as a ceremony when girls reach adolescence, FGM in Southeast Asia often occurs when the girls are in infancy, which makes it more hidden. Better known as Sunat Perempuan in Malaysia, Singapore and Indonesia, people often quietly carry out the procedure on girls before they turn 2 years old and are aware of what others are deciding for their body. Muslims in Southeast Asia typically observe this practice and reside in countries such as Thailand, Brunei, Indonesia, Singapore and Malaysia.

Since FGM occurs quietly, the exact number of women who experienced it is hard to pinpoint. However, experts believe that it is highly prevalent within the Malay community. Based on some anecdotal evidence, some estimate that approximately 80 percent of the 200,000 Malay Muslims were victims of FGM in Singapore. There is no law banning the practice of FGM in Singapore, and the government remains overwhelmingly silent on the issue. Some clinics offer to perform the procedure for around $15 to $26.

Many in Indonesia consider Female Genital Mutilation a rite of passage and people have practiced it for generations in Indonesia, a country containing the largest Muslim population of all countries globally. The government estimates that about 50 percent of the girls aged 11 and under nationwide undergo FGM, while in some more conservative parts of the country such as Gorontalo, the number could be upwards of 80 percent. Local healers say that the practice would prevent the girls’ promiscuity in later life. There is also another widespread belief that God would not accept uncircumcised Muslim women’s prayers. Some hospitals in Indonesia even offered FGM as part of the “birthing packages,” which further legitimizes the procedure and makes it hard to eliminate.

The government has gone back and forth in its decision on the issue. In 2006, the government had banned the practice of FGM, but due to pressure from religious groups, it had moved away from the attempt four years later. Instead, to accommodate the religious and cultural considerations, the government issued regulations allowing for medical staff to carry out less intrusive methods to ensure more safety. In 2016, the women’s minister announced a renewed campaign to end FGM but again met with increased opposition from the religious leaders in the country.

A study in 2012 found that more than 93 percent of the Muslim women that it surveyed in Malaysia have undergone the procedure. In 2009, Malaysia’s Islamic Council issued a fatwa – a legal pronouncement in Islam, allowing FGM and making the practice mandatory unless considered harmful. The call for standardization of procedure by the health ministry in 2012 added more to the problem of FGM in Malaysia as many in the country consider it to be normal and part of the culture.