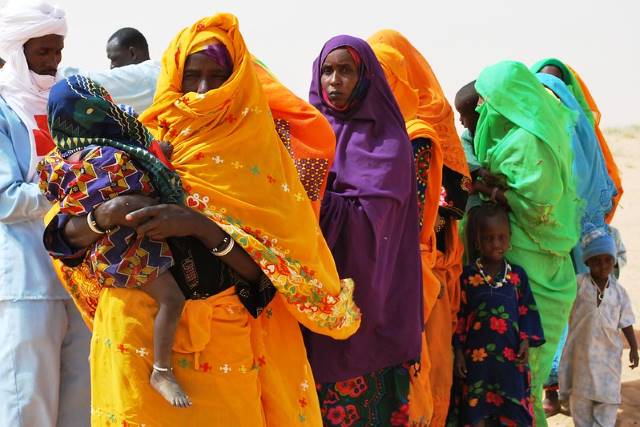 The World Health Organization defines female genital mutilation as “any procedure that involves partial or total removal of the external female genitalia or other injury to the female genital organs for non-medical reasons.” Despite constituting an international human rights violation, FGM remains a pervasive issue affecting the lives of many women, especially in developing countries. According to UNICEF, at least 200 million girls and women have undergone genital mutilation globally. FGM is particularly prevalent in Chad, a landlocked country in Northern Africa, despite laws banning female genital mutilation in Chad. Over the years, steps have been taken to reduce the prevalence of FGM in Chad.

The Prevalence of Female Genital Mutilation in Chad

BMC Public Health explains that, in Chad, the citizenry continues FGM practices in both religious and traditional contexts. FGM is a hazardous practice, often done without anesthetic, putting girls and women at risk of both short and long-term health effects. These effects include genital swelling, bleeding, the inability to pass feces and urine, urinary tract infections and birth complications, among other consequences.

A BMC Public Health research article based on data from 2014-2015 indicates that, in Chad, 50.2% of women and 12.9% of girls have been genitally mutilated, endangering their health. There are multiple conditions that affect this staggering statistic. First, BMC Public Health explains that women with lower levels of education are more likely to experience FGM. Poverty levels also drive the practice as impoverished families have their daughters undergo FGM with the intention of marrying them off, granting impoverished families dowries and the benefits of marrying into a wealthier family. The practice of FGM tends to follow ethnic and religious traditions and is most common among the Sara ethnic group and other Muslim tribes.

While FGM prevalence has been decreasing throughout much of the world, Chad, Mali and Sierra Leone have seen an increase of 2–8% over the last 30 years. This increase in prevalence demonstrates the importance of efforts addressing FGM in Chad, especially now, when poverty rates are heightened due to COVID-19. With the help of NGOs, the U.S. government and tribal leaders, Chad is fighting the deeply entrenched traditions of FGM to protect the well-being of young women and girls.

NGOs play a vitally important role in the creation of long-term programs aimed at changing societal and cultural norms surrounding female genital mutilation in Chad. These NGOs can expand their reach with support from the Chadian government. For example, the Chadian government aided the Chadian Association for Family Well-Being in its work surrounding FGM education and awareness. This education includes seminars, campaigns and conferences explaining the dangers of FGM.

The Role of the US

Not only has Chad’s government stepped up to combat FGM but the U.S. has played a critical role in education surrounding FGM practices. From 1997 to 1999, the U.S. Embassy’s Democracy and Human Rights Fund supported a locally implemented FGM education program to change norms surrounding FGM in Chad. This resulted in a roundtable meeting with “doctors, judges, parliamentarians and NGO representatives, a national seminar” and four regional seminars, all of which helped spread awareness of the dangers of FGM in Chad.

Due to the cultural and ethnic ties surrounding the practice of female genital mutilation in Chad, tribal leaders have played an important part in the movement to end FGM. Because of the trust bestowed upon tribal leaders, they can increase awareness about FGM’s consequences and generate support for the laws banning its practice among ethnic groups throughout the country. In order to motivate and educate tribal leaders, the Red Cross of Chad set up an advocacy program that creates initiatives and training sessions for tribal leaders to combat FGM in their communities.

While the inhumane practice of FGM continues in Chad due to deeply entrenched cultural roots, the U.S. and Chadian governments play consequential roles in combating the prevalence of FGM. This support is crucial as female genital mutilation in Chad severely harms girls’ and women’s health, impacting their futures and their abilities to rise out of poverty.