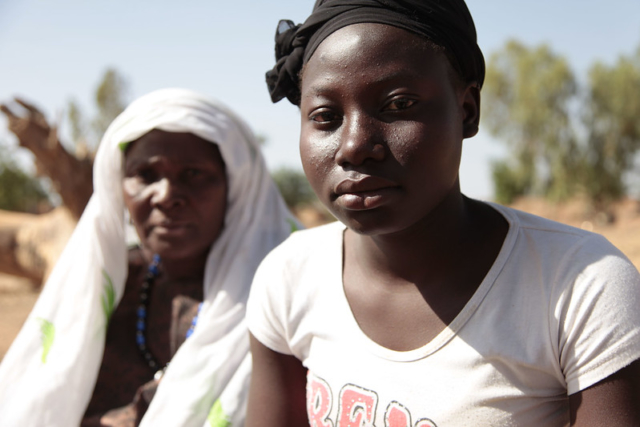 Burkina Faso is a small country located in West Africa and is one of the most impoverished countries in the world. Accordingly, it also has one of the weakest healthcare systems in place for women and children. Approximately 10% of all children born in Burkina Faso die before the age of 5 and more than 300 women out of 100,000 live births die during pregnancy or labor. Burkina Faso is also among the top 10 countries in the world with the highest prevalence of female genital mutilation (FGM).

According to UNICEF, in 2010 it was found that 76% of Burkinese women have undergone female genital mutilation. However, the prevalence of FGM in Burkina Faso has significantly declined during the past two decades. In 1999, 83.6% of women had undergone cutting. This rate dropped to 76.1% in 2010. The decline has much to do with the country’s ban on female genital mutilation, passed in 1996 and further criminalized in 2018 with additional prison sentences and fines.

Since the ban, a declining trend in the prevalence of FGM has taken place among women of lower age groups. Older generations are now less likely to pass down the practice. Additionally, a change in sentiment has coincided with the decrease in prevalence. Only 9% of people in Burkina Faso believe that female genital mutilation should be continued, with support for the practice coming mostly from rural communities.

Burkina Faso’s government also recognizes that a law is not enough to completely eradicate female genital mutilation. Strong cultural and religious beliefs have kept female circumcision rituals active. The legislation does not have much sway over a firmly established tradition. To fully combat the problem, the Burkinabé Government established the National Committee for the Fight against Female Genital Mutilation(CNLPE) in 1990. Since then, the committee has successfully led a nationwide campaign against female genital mutilation. The CNLPE has fought to end the practice in several ways.

Burkina Faso has become one of the most committed countries in the fight to eliminate female genital mutilation. Banning the practice in 1996, combined with various efforts from the CNLPE, resulted in a decrease in FGM nationally. Although the issue has gained support, some rural villages have started performing genital mutilation on girls at younger ages. This is done, “so that they are either less willing to talk about what has happened to them or to seek help.” Though there is more work to be done, Burkina Faso is moving in the right direction in ending FGM for good.