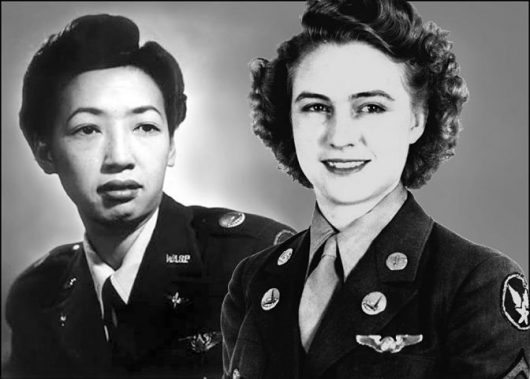 Contrary to the title of this article, there is no singular female experience of war. The very statement illuminates one of the issues in historical and contemporary engagement in understanding and analyzing women during wartime. Too often, the intellectual and political community groups women from different countries, ethnicities and religions together to presume they suffer the same wartime experiences. The world sees war through a gendered lens which colors women as victims who idly wait for their husbands, sons and fathers to return home. War is as immediate and tolling for women as it is for men in ways that vary drastically across the board.

Take World War II as an example of the diversity of the female experience of war. The white American woman gained access to the workforce during WWII and momentum in furthering her cause in the feminist movement. Meanwhile, her black counterpart experienced barriers and institutionalized racism. These consequences did not decline until over a decade later. When employed, African-Americans were forced to use separate bathrooms and often worked the lowest-paying jobs despite having high qualifications or manual and cognitive skills. Black men and women accounted for only 6 percent of employees in the American aircraft industry while white women accounted for approximately 40 percent. Despite the pushback, black women used WWII as a platform to herald the inequalities back at home with campaigns such as “Victory Over Racism at Home” and “Victory Over Fascism Abroad”.

Across the Pacific Ocean, the Korean female experience differed significantly from that of women in the U.S. Thousands of Korean (and other southeast Asian) women under Japan’s imperial rule were forced into sexual slavery and served as “comfort women” for Imperial soldiers during WWII. Gross violations of human rights included female genital mutilation, forced abortions and even murder. Under colonization, many women turned to prostitution as a means of survival, adopting the fetishized symbols of orientalism that their oppressors projected upon them. In the eyes of the public, many of these survivors of sexual slavery lost their virtue and thereby their value to their community following liberation from Japan. Their communities ostracized them, forcing them to live isolated lives. In this way, it not only becomes a question of women’s experiences during the war but also their experiences after the war.

In her book, “Bananas, Beaches and Bases,” international relations theorist and author Cynthia Enloe illustrates how women in Jaffna, Sri Lanka played a role as ethnic minorities during the armed conflict between Tamil guerrillas, the government’s military and the Indian army. These women describe how their experiences as women compared to their oppression as Tamils in the Singhalese-dominated nation, penetrating what had been a male-dominated intellectual space. Eventually, these women played a crucial role in the reconciliation period, finding allies in Singhalese feminists and voicing their concerns about the militarized state and lack of female rights. Enloe further notes that these women, who played an essential part in stabilization, were repressed by their husbands who believed their outspoken critique to be outside the parameters of their female duties.

These examples neither serve to pit woman against woman nor seek to rank their experiences, but rather illustrate the diversity of women and the female experience of war. These women as individuals and as participants in a wider community have their own narratives and experiences. Giving them the due diligence they deserve begins with recognizing the diversity of 50 percent of the world’s population and their nuanced participation as both victims, perpetrators and protestors of war.

How do societies break out of masculinized power structures of international politics to acknowledge women as a priority during conflict and post-conflict discussions? It is critical to recognize the many different and extremely nuanced versions of war that women around the world experience. The idealized projection of the ‘female’ is so deeply entrenched that society often glosses over the experiences of women from ethnic, religious and sexual minorities. The female experience of war is extremely diverse, and it is critical that existing international and domestic power structures acknowledge and embrace it.