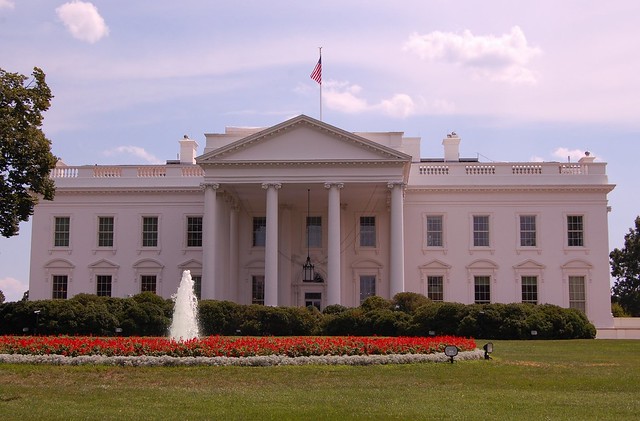 Elizabeth Warren has been a long time supporter of foreign aid with a platform on trade that focuses primarily on re-investing power in the American Middle Class. Subsequently, she is an advocate for anti-corruption measures and cracking down on multinational corporations that prioritize profits over workers.

Furthermore, she has expressed caution about the U.S.’ trade position with China due to the alleged human rights abuses, contending that China upholds no pretense of democracy regardless of its seemingly capitalist motives. She argues that the domestic agenda should not be considered “as separate from our foreign policy” and that creating strong alliances will help ordinary Americans. Foreign policy must be used to address humanitarian crises and boost democracies worldwide.

Kamala Harris’ foreign policy approach has been shaped by her career as a federal prosecutor. She has identified ending human trafficking, fighting climate change and reducing terrorism among her key foreign policy stances. She is a supporter of ‘smart diplomacy,’ which includes the cracking down on international criminal organizations.

She favors creating a multilateral approach to address global climate change and, subsequently, opposed the Trans-Pacific Partnership on account of it ‘invalidating’ California’s landmark environmental laws. Although she holds a similar stance to Warren on many issues, she has does not support tariffs on China due to the impact on California’s technology industry. She has not joined her colleagues Gillibrand and Warren in condemning cuts to Palestinian; however, she did join them in condemning the funding cuts to refugee programs.

Kirsten Gillibrand is a longtime fighter for both women in developing countries and women in the U.S., which has become a key part of her presidential platform. She co-sponsored the Women, Peace and Security Act of 2013, supporting the integration of gender into U.S. Foreign Policy.

She initially co-sponsored the Anti-Israel Boycott Act but withdrew her support several months later in 2017. Similar to Warren, she has supported using U.S. trade authority to discipline nations over the use of military force and, subsequently, she opposes U.S. collaboration with Saudi Arabia due to its role in the Yemen Humanitarian Crisis.

Gillibrand’s foreign policy statements outside of gender have focused on the protection of U.S. industries against unfair competition. Specifically, she has led the fight for U.S. steel manufacturers and fought back against cheap imports that harm U.S. producers of both primary and secondary products.

Amy Klobuchar has identified a long list of campaign issues on foreign policy centered around advancing American National Security. She is a supporter of foreign aid and the tradition of the U.S. in providing humanitarian assistance, helping to “address refugee crises, preventing radicalization, and promoting stability around the world.”

She has supported sanctions against Iran and North Korea and voted in favor of the Anti-Israel Boycott Bill, which is against the U.N. resolution requesting that states refuse to do business with contractors that engage in business with Israel. She has specifically outlined support for strengthening trade links within North America and with Cuba as part of her foreign policy outlook with the aim of advancing regional interests and investment and strengthening the U.S. position in the global economy. She has favored maintaining a strong military presence more so than several of her female democratic contenders.

Although these candidates, the leading four female Democrats in the race, hold largely similar positions on foreign policy and global trade, there are subtle differences demonstrated by the range of issues they have vocally discussed and highlighted. They are all supporters of foreign aid and all sit largely within the progressive wing of the Democratic Party. However, it is likely that as the race gets further underway, these female democratic presidential candidates’ foreign policy agendas will become more distinct.