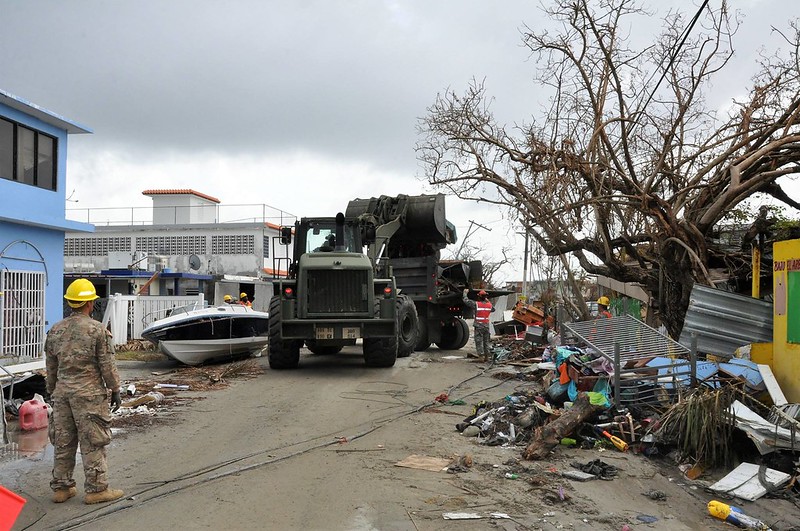 On Oct. 20, 2022, President Joe Biden increased FEMA assistance for Puerto Rico to accelerate recovery efforts after Hurricane Fiona. This amendment builds upon Biden’s major disaster declaration on Sep. 21, 2022, which authorized the Department of Homeland Security’s Federal Emergency Management Agency (FEMA) to lead recovery efforts in Puerto Rico’s 78 municipalities. While the original declaration on Sep. 21 set the federal funding for emergency protective services at 75%, President Biden increased the share to 100%. The 100% share, which previously covered emergency costs for the first 30 days after Hurricane Fiona, will be extended to 60 days under the Oct. 20 amendment. These funds will go toward “debris removal and emergency protective measures” as well as “direct federal assistance” to aid in recovery efforts, according to The White House.

From Sep. 17 to Sep. 21, Hurricane Fiona destroyed homes and businesses across Puerto Rico, resulting in multiple fatalities. Puerto Rico’s Department of Health notes more than a dozen confirmed deaths related to Hurricane Fiona, from causes such as head trauma and drowning. When Hurricane Fiona reached Puerto Rico, many residents were still trying to recover from Hurricane Maria, which caused severe damage to the island just five years earlier.

Although the storm came to an end, more than 100,000 residents struggled without power even two weeks after the storm hit. LUMA Energy, the company in charge of Puerto Rico’s grid, restored power to 91% of its customers but faced difficulty reaching more remote areas. NPR reported that “nearly a third of customers in the western region of the island” had no electricity access as of Oct. 2.

The storm also destroyed bridges and vital transportation roads, preventing many emergency services from reaching more isolated regions. While government officials and local groups have successfully reached many of these areas, transportation concerns remain for the elderly, people with disabilities and people with preexisting health conditions.

FEMA has been working closely with the government of Puerto Rico to boost recovery efforts. In a Sep. 25 FEMA press release, Puerto Rico’s Governor Pedro Pierluisi stated: “We are committed to ensuring our people have access to essential services. We will continue working collaboratively with all our mayors so that full disaster assistance reaches the 78 municipalities.”

According to a FEMA report on Oct. 11, FEMA teams have registered more than 3,700 residents for FEMA’s Disaster Survivor Assistance (DSA). DSA crews have “referred more than 2,600 individuals to voluntary agencies” to assist with medical care and transport, evacuation and shelter, home restoration and other relief services.

Because FEMA requests that survivors communicate their needs primarily through email, phone or the mobile app, FEMA aimed to provide internet connection and power in more isolated regions. For example, FEMA installed mobile satellite systems in mountainous regions to establish Wi-Fi hotspots. Once connected with FEMA, survivors can register for “federal disaster assistance.” After survivors apply for assistance, FEMA inspectors schedule an appointment to assess the damage.

Learning From the Past

FEMA’s efforts have already made a considerable impact on survivors of Hurricane Fiona. However, Puerto Rico has experienced difficulties initiating recovery projects through Public Assistance funds provided by FEMA. The U.S. Government Accountability Office (GAO) reported that, in January 2021, FEMA pledged $23.8 billion through Public Assistance funds to help Puerto Rico recover from the effects of previous hurricanes and earthquakes as well as the impacts of the COVID-19 pandemic.

However, the GAO reports that “because Public Assistance is a reimbursement program, Puerto Rico must provide the initial funding for projects and seek reimbursement afterward.” However, Puerto Rico’s financial difficulties posed barriers to accessing funding to begin the obligated recovery projects. As such, by May 2021, Puerto Rico had only spent $4.7 billion of the $23.8 billion. Additionally, Puerto Rico “only spent $158 million for long-term rebuilding projects, such as rebuilding schools, the power grid, water systems and other damaged infrastructure,” the GAO said.

The GAO recommends that FEMA identifies potential barriers to Puerto Rico’s recovery and takes action to address these risks as recovery efforts in Puerto Rico continue. With this feedback, FEMA can strengthen the recovery response in the aftermath of Hurricane Fiona. With Biden’s new funding plan, FEMA will be able to expand its territorial and local efforts on a larger scale.