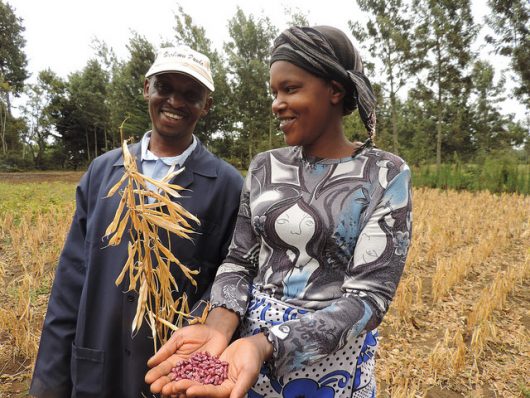 April 2018 marked the official start of the Feed the Future Kenya Country Plan, a USAID initiative to reduce poverty and food insecurity in Kenya. The plan was put into action by U.S. Ambassador Robert F. Godec at the Accelerating Value Chain Development (AVCD) National Conference, which took place in Nairobi during April 26-27.

Feed the Future is a program developed by the Obama administration as part of the U.S. Global Food Security Strategy. It aims to promote agricultural production and help communities better cope with drought and climate change by introducing new technologies and innovative strategies to local farmers.

The Country Plan is actually the beginning of the second phase of Feed the Future in Kenya; the first phase was originally implemented five years ago. The hope for the second phase is to bolster the areas of the program which were successful and make improvements to the components that need work.

So far, Feed the Future has been a huge success. Between 2011 and 2016, the program lifted an approximated 9 million people out from under the poverty line. Feed the Future farmers produce maize and groundnut crop yields that are 23 percent and 64 percent higher than the national average, respectively, which has resulted in an additional revenue of 2.6 billion dollars in agricultural sales.

Because of the progress made in the agrarian sector, an estimated 1.7 million households are no longer experiencing frequent hunger and malnutrition. In addition, there has been a 26 percent drop in stunted growth among children since the program began.

Agriculture and Economy Partner Up

The incredible numbers that have been achieved by Feed the Future are the result of partnerships between leading minds in the agricultural and economic fields. The program brings in speculation from scientists, successful businesses, nonprofits, food production companies and government agencies to create well thought out approaches to food insecurity.

Despite all of its accomplishments, there are still some issues that need to be worked out with Feed the Future. The most major of these is the focus of the program, which until now has been primarily on increasing crop yield.

While this is undeniably important, there should be more emphasis on education so that farmers understand what’s behind the positive trends and can continue them on their own for years to come — it’s called Feed the Future for a reason, after all.

But overall, Feed the Future is a promising initiative that has already delivered spectacular results to food insecure nations. It is important that projects like this one continue to receive attention and funding, not only for the sake of those in need but for the taxpayers who finance them as well.

A recent study by the U.K. Department for International Development in Ethiopia and Kenya found that over the next two decades, every dollar invested in strengthening the ability of communities to cope with drought and climate change could result in about $3 saved in short-term humanitarian aid. This means that funding the right programs today will save American taxpayer dollars tomorrow.