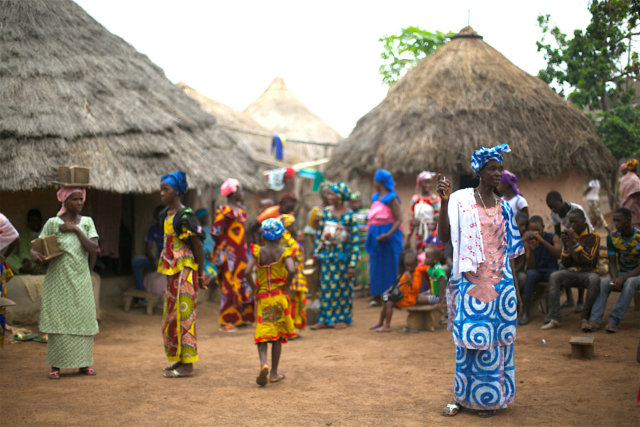 According to the World Bank, 35% of people in Guinea lived below the international poverty line in 2012, meaning they subsisted on less than $1.90 a day. Around 55% of Guineans lived below the country’s national poverty line in the same year. The U.S. began providing aid to Guinea through the United States Agency for International Development (USAID) shortly after the agency’s creation in the early 1960s. The relationship between USAID and the Guinean government has remained strong and a number of aid programs continue today. USAID programs in Guinea provide a diverse set of services in various economic and social sectors.

Agriculture is the backbone of the Guinean economy. According to the World Bank, the agricultural sector employs 52% of workers in Guinea and farming is the main income of 57% of rural households. Hence, improving agricultural output and profits is key to reducing poverty and hunger in Guinea, particularly for the rural population.

USAID started the Feed the Future Guinea Agricultural Services project in 2016 and still runs it in 2021. Feed the Future is a U.S. government program dedicated to eliminating global hunger and food insecurity, with efforts in a number of countries around the globe. Guinea’s Feed the Future program partners with local farmers and organizations, such as the Federation of Fruit Planters of Lower Guinea, which has more than 1,000 members.

USAID also brings in students from the Apprenticeship in Extension, Entrepreneurship and Rural Innovation (AVENIR) program, an initiative created to provide 640 unemployed Guinean college graduates with skills to start up their own agricultural businesses. These AVENIR agents then pass on their knowledge on sustainable farming and good entrepreneurship to Guinean farmers.

The results of the Feed the Future program are impressive, increasing certain crop yields by five, 10 or even 500 tons a year. AVENIR agents bring in technology such as irrigation pumps and solar dryers to increase productivity and decrease harvest waste. Farmers trained by USAID’s AVENIR agents have negotiated for better prices, boosting their profits, and in turn, helping them to rise out of poverty.

Malaria Control and Other Health Programs

Many USAID programs in Guinea work in the health sector, especially in disease control. Malaria, in particular, poses a massive threat to public health, accounting for 14% of deaths among Guinean children younger than 5. Alongside the National Malaria Control Program, USAID works to strengthen the healthcare system and identify new methods of treating malaria. USAID also invests in malaria prevention methods such as insecticide-infused mosquito nets.

Data from the World Bank shows that the malaria-fighting efforts of USAID and others have made a difference in Guinea. The number of average cases of malaria per 1,000 people has decreased from nearly 430 in 2012 to around 280 in 2018. This essentially means that, on average, people in Guinea became 15% less likely to contract malaria.

Health services are crucial for all people in Guinea, but especially those living in poverty, who would not have access to reliable, affordable healthcare without the intervention of USAID and other aid programs. By preventing the spread of diseases such as malaria, Ebola and COVID-19, USAID programs improve the quality of life of Guineans living below the poverty line.

The Cultural Cohesion for Peace and Prosperity Project

USAID programs in Guinea also focus on peace and community sustainability. For example, USAID’s Cultural Cohesion for Peace and Prosperity Project (C2P2) works to prevent conflict between competing communities in Guinea, whether the fighting results from religious, ethnic or other differences.

Social science research shows a strong link between poverty and conflict. High poverty rates increase the likelihood of conflict occurring, and when violence breaks out, the people with the least resources often suffer the most. Ending and preventing conflict between various community groups allows people to focus on generating income rather than simply surviving.

The Impact of USAID

Overall, USAID programs in Guinea have a significant impact on those living in poverty, whether the programs focus on agriculture, health services or peace. Continuing to prioritize, fund and expand aid programs is key to improving overall living conditions and reducing poverty levels in Guinea.