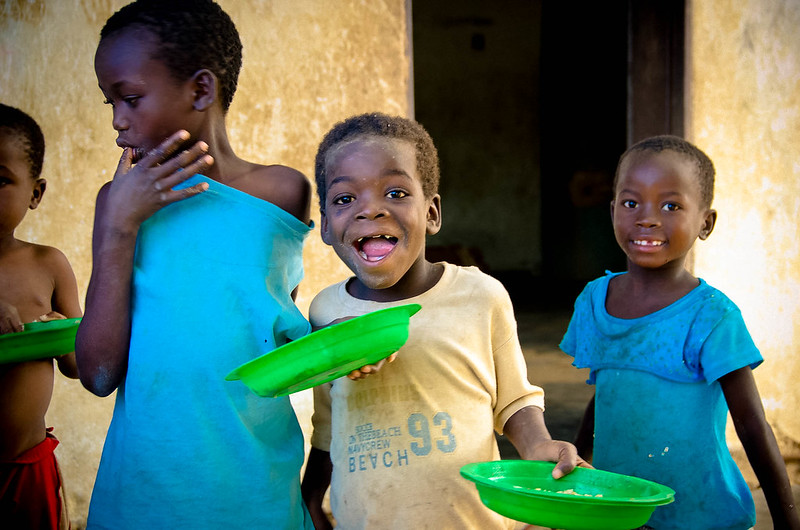 Food insecurity, as Health Affairs defines it, is “a condition in which households lack access to adequate food because of limited money or other resources.” Hunger, put more simply, is a feeling of “weakness caused by lack of food, coupled with the desire to eat.” Of the approximately 6.5 million people in South Africa, a staggering 11% suffer from hunger. Here is everything you need to know about hunger in South Africa.

Major causes of hunger and food insecurity in South Africa relate to several factors including conflict and instability, the changing climate, poverty and an increasing population. These sources are significant in understanding everything you need to know about hunger in South Africa.

According to World Hunger, the prominence of violence leads to limited employment opportunities, a downfall in imported and exported goods and the destruction of fertile land that would be otherwise used for crop growth. Food war, as another example, has the definition of “the deliberate use of hunger as a weapon or hunger suffered as a consequence of armed conflict.” This prevents citizens from having access to the food they need to thrive when they live in an unstable or conflict-ridden area.

Impoverished areas prevent their inhabitants from living a nourished, healthy lifestyle when they are unable to access sufficient food. The cyclical nature of such poverty impacts generations to come. Children are often born undernourished, therefore inhibiting potential productivity at school and work.

Poverty generally impacts rural South African areas more than urban areas, and this is due to arid lands making it difficult to grow usable crops and a lack of goods that the South African government imported. The need to find a way to deliver food to those in remote, rural areas remains prevalent.

The climate crisis has had and continues to have a significant impact on hunger. Deforestation destroys fertile land, floods destroy homes and towns. Widespread drought kills crops and leaves families starving and forced to drink unclean water. Diseases run rampant across the country. For example, global warming has caused a significant increase in malaria cases, as well as other major diseases such as cholera and the avian flu.

From 2019 to 2020, the population of South Africa changed from roughly 58 million people to 59 million people. This large increase in population size, in turn, decreases the income per capita and can cause families to struggle to feed their children. With more children being born per family, the income needed to support these children increases as well. However, the salary of the breadwinners in the family remains the same. This can cause families to become impoverished.

The COVID-19 Pandemic and Hunger in South Africa

The COVID-19 pandemic has exacerbated hunger in South Africa. According to Ipsos, most South Africans have seen an overwhelmingly negative effect on their income during the pandemic. Large numbers of them are suffering from long-term hunger and many have lost their jobs.

Hunger ratios in South Africa are on an upward trajectory after the start of COVID-19. Over 23% of South African households experienced hunger last summer, and 70% of households were reliant on government grants. Additionally, unemployment rates are at a record high of 32.8%, up 2% since the start of the pandemic.

Solutions and Next Steps

COVID-19 remains a threat throughout the world and impacts impoverished areas in particular. NGOs fear that a drop in essential funding and support may inhibit their ability to help those most in need. NGO Pulse provides a comprehensive list of organizations focusing on the impact of COVID-19. This is on South African families for businesses or individuals to support in order for them to continue to work. Several of these NGOs are stepping up during the pandemic to address the increase of widespread hunger in South Africa.

Founded in 1945, the ACFS Community Education and Feeding Scheme has centers scattered across South Africa which feed children who are undernourished. These centers also offer programs such as computer skills to family members and provide support for the economically unstable. Its mission is to ensure South African children receive food and proper care through the help of fellow South Africans.

By July 2020, ACFS had provided food to 24,000 households in South Africa. This is an increase of roughly 10,000 since the start of the pandemic. The pandemic proved to be a unique challenge. However, ACFS launched three new teenage girl programs and opened a second toy library.

Feed SA aims to feed both the stomachs and the minds of impoverished South Africans, and the NGO has put together an action plan specifically for those who experienced the most impact from COVID-19 in South Africa. This plan calls upon the national and international community for donations. This funds programs such as Back a Pupil, which became launched during the height of the pandemic. This program distributes educational packs full of school supplies such as worksheets and writing utensils. The organization provides not only monthly food deliveries but also other goods families may need, such as First Aid kits.

Progress is happening. Both national and international NGOs fight to end and educate the public on hunger in South Africa. Food insecurity remains prevalent in many areas and demands continued attention.