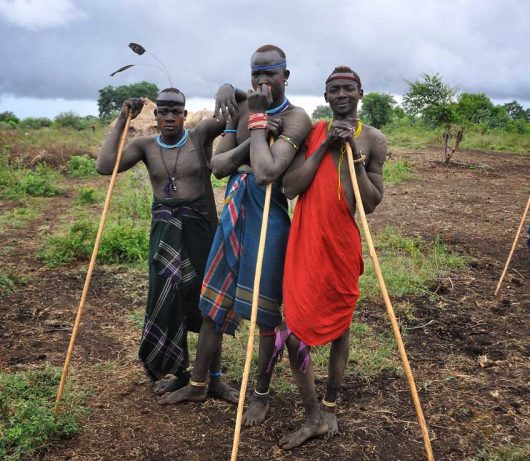 Hunger in Kenya is a prominent issue, with more than 600,000 Kenyans in urgent need of food aid after the region was hit by a drought, which started in February when most farmers were preparing for planting season. The weather has dried up waterholes and rivers leading to crop failure.

The Kenyan government has promised to release 50 million Kenya shillings, or $5 million, to be used to purchase food aid, but the government has yet to release the funds. West Pokot deputy governor Titus Lotee said, “We have started distributing food but the 4,000 bags of maize is not enough,” and called on humanitarian organizations to help fight the hunger in Kenya.

Action Against Hunger has implemented a strategy for 2015–2017 in Kenya in order to address two main pillars: ending the drought emergency and addressing all forms of malnutrition.

Action Against Hunger has strengthened its approach to addressing health problems in Kenya by implementing programs in nutrition, food security, water, sanitation and hygiene. Thus far, 275,552 people have received nutritional support and 25,060 people have accessed safe water and sanitation.

Another charity, Feed the Children, provides access to food, water and schooling in four of Kenya’s counties. The organization focuses on the most vulnerable: malnourished children under the age of five, pregnant and lactating women, and people living with HIV/AIDS.

Feed the Children has built water pans and rainwater harvesting systems, which can hold water for up to seven months after the rain stops for the year. The Australian government assisted Feed the Children in building 35 latrines in six schools and supplied 8,000-cubic-meter water tanks to seven schools.

The Feed Hungry Children in Kenya project is providing health clinics, where children are weighed and measured and given food supplements. Poor families are given a food ration of beans and maize each month.

In addition to the two organizations, the World Food Programme works with Feed the Children to serve regular meals to children in 170 schools throughout Kenya in hopes of mitigating the crisis.

These humanitarian organizations will work to tackle starvation and hunger in Kenya until the country’s food availability problem improves.