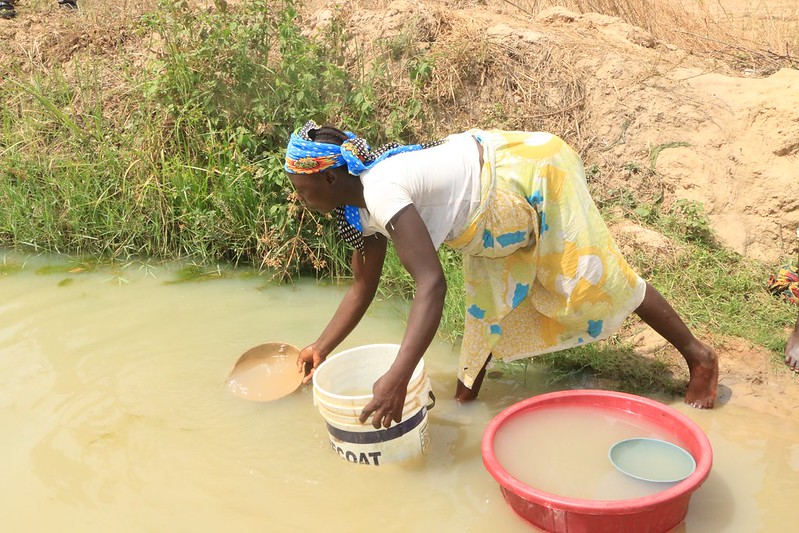 Nigeria ranked 142 out of 195 countries in a 2018 global health access study. However, although Nigeria has a challenging health care system, the country has improved the infrastructure that has helped it fight diseases such as polio, measles and Ebola. Nigeria now has centralized offices called Emergency Operation Centers (EOCs) that serve as a base for government health workers and aid agencies to coordinate immunization programs and collect data. While there is progress, many diseases still plague Nigeria.

Cholera is a water-borne disease that results in a quick onset of diarrhea and other symptoms such as nausea, vomiting and weakness. It is one of the many diseases impacting Nigeria in 2021. If people with cholera do not receive treatment, the disease may kill them due to dehydration. A simple oral rehydration solution (ORS) can help most infected people replace electrolytes and fluids. The ORS is available as a powder to mix into hot or cold water. However, without rehydration treatment, about half of those infected with cholera will die, but if treated, the number of deaths decreases to less than 1%.

In August 2021, Nigeria began to see a rise in cholera cases, especially in the north, where the country’s health care systems are the least prepared. The state epidemiologist and deputy director of public health for Kano State, Dr. Bashir Lawan Muhammad, said the rise in cases is due to the rainy season. It is also because authorities have been dealing with Islamist militants in the north. In Nigeria, 22 of the 36 states have suspected cholera cases, which can kill in hours if untreated. According to the Nigeria Center for Disease Control, 186 people from Kano have died of cholera since March 2021, making up most of the country’s 653 deaths.

Malaria is another one of the diseases affecting Nigeria. Through the bites of female Anopheles mosquitos, parasites cause malaria and transmit it to humans. Globally, there were 229 million malaria cases in 2019, with 409,000 deaths. Children under the age of 5 years old are the most susceptible group, and in 2019, they accounted for 274,000 or 67% of worldwide malaria deaths. That same year, 94% of malaria cases and deaths occurred in the WHO African Region. Although the disease is preventable and curable, the most prevalent malaria-carrying parasite in Africa, P. Falciparum, can lead to severe illness and death within 24 hours.

The President’s Malaria Initiative (PMI), which USAID and the CDC lead, works with other organizations to help more than 41 million Nigerians. Despite the difficulties that COVID-19 presented in 2020, the PMI was able to assist Nigeria to distribute 14.7 million treatment doses for malaria, 8.2 million of which went to pregnant women and children. Besides that, the “PMI also distributed 7.1 million insecticide-treated mosquito nets (ITNs), provided 7.2 million rapid test kits, and trained 9,300 health workers to diagnose and treat patients” of malaria. Before the PMI, only 23% of Nigerian households had bed nets, but since 2010, that number has risen to 43%. The PMI also aims to improve health systems and the skill of health workers to administer malaria-related services.

HIV (human immunodeficiency virus) attacks the immune system, leading to AIDS (acquired immunodeficiency syndrome). One can control the virus with proper medical care, but there is no cure. The disease is prevalent in Africa because it originated in chimpanzees in Central Africa. The virus likely spread to humans when the animals’ infected blood came into contact with hunters. Over the years, HIV spread across Africa and other parts of the world, becoming one of the diseases impacting Nigeria today.

The CDC works with the Federal Ministry of Health (FMOH) and other organizations to create and sustain HIV response programs in Nigeria. The CDC’s “data-driven approach” and prevention strategies and treatment strengthen the collaborative system in Nigeria. These include HIV treatment, HIV testing, counseling, services to help prevent mother-to-child transmissions and integrated tuberculosis (TB) and HIV services. TB is the leading cause of death among people living with HIV.

From October 2019 to September 2020, nearly 200,000 Nigerians tested positive for HIV and began treatment. During the same period, over 1 million HIV-positive people tested for TB. More than 5,000 of those individuals tested positive and began treatment for TB. By the end of September 2020, nearly 25,000 orphans and other vulnerable children received HIV/TB services through the CDC. Not only that, but all facilities in Nigeria that the U.S. President’s Emergency Plan for AIDS Relief (PEPFAR) supports now use TB BASICS, which is a program that “prevents healthcare-associated TB infection.”

In 2021, Nigeria will face many diseases. On the other hand, great strides are occurring to educate the Nigerian population on diseases like HIV, malaria and cholera. Despite efforts, there is still much more necessary work to reduce illness in Nigeria.