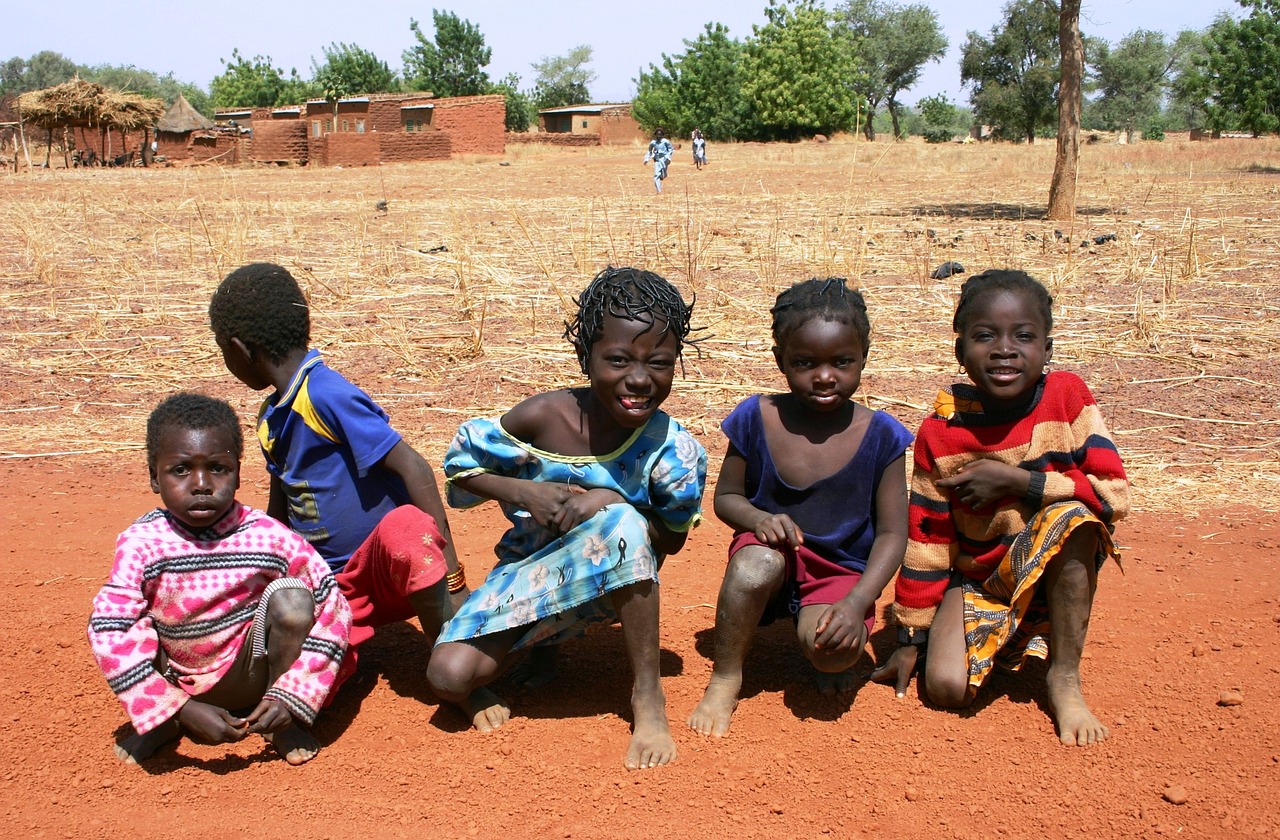 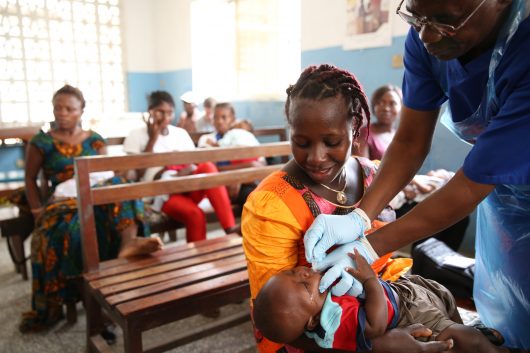 In 2014, West Africa saw the largest Ebola outbreak in history; more than 11,000 people died, and the disease infected more than 27,000 people. Ebola has a very high mortality rate; it kills up to 70 percent of its victims. An immense amount of fear surrounds this disease. In 2014, four cases of Ebola were reported in the United States, including two who contracted the disease on U.S. soil. The rampant global spread of the disease caught the medical community off guard, but it was not the first time they had searched for a solution.

Unfortunately, the Ebola vaccine research from 1974-2014 did not yield promising results, and the treatments for the disease were difficult and labor-intensive. Medical teams would enter an infected area, would separate the sick from those that had not been infected and they would burn the bodies of those that perished from the disease. The protective gear to prevent the medical staff from infection is difficult to wield and can be risky. The need for a vaccine was critical.

As the disease ravaged West Africa in 2014, researchers began working on a vaccine. Clinical trials for two vaccines began in 2014, but there were ethical concerns. The trials had to be expedited because of the aggressive nature of the disease and how many people were infected. The funding for Ebola treatments remained flat from 2004, and the challenges were immense.

In July 2015, the World Health Organization (WHO) released a statement saying that a vaccine developed and tested by Merck, Sharp & Dohme “is highly effective against Ebola.” The rapid work created a turning point in the fight against Ebola.

The Ebola vaccine uses an interesting methodology to stop the spread of the virus because the virus is so virulent, and it spreads so quickly. The vaccine is designed with a “ring” method meaning that every person that has come into contact with an Ebola patient is vaccinated. This stops the virus from spreading further.

The promise of the vaccine was validated in December 2016, as The Lancet reported final results from a Guinea trial that showed that the new Ebola vaccine shows 100 percent effectiveness. While it was not able to stop the last outbreak, an emergency stockpile of 300,000 doses has been developed in hopes of stopping the next outbreak. Merck must now apply to the WHO for full approval, and the U.S. Food and Drug Administration (FDA) will likely be tapped for licensing.

The vaccine may not be effective against all strains of Ebola, but it shows great promise to prevent a catastrophic outbreak like the one in 2014, and it gives hope to the nations that have been devastated by the disease.

Methicillin-resistant Staphylococcus aureus, better known as MRSA, is a staph bacterial infection that is resistant to most antibiotics, making it difficult to cure. The Food and Drug Administration has just approved a new MRSA treatment known as oritavancin.

While developing countries may lack the medical records and diagnostic technology to confirm MRSA cases, the usual envirnoment in hospitals and crowded areas point to them as areas where MRSA can commonly spread. Surprisingly, the infection is also very common among hospitals in developing countries as well, making it a disease dangerous around the globe. While scientists are developing a way to treat people once infected, the simplest way of preventing it is simple sanitary solutions such as hand washing.

Once MRSA is in the body, it can cause infections of the valves of the heart or large abscesses. While many diseases need a cut or break in the skin to transfer, it has been recently discovered that MRSA just needs skin on skin. Although it is transferred easily and begins as a simple skin infection, in some cases it can lead to death.

The beauty of oritavancin as a MRSA treatment is that it is able to remain in the body for long periods of time, which eliminates the need to take antibiotics on a daily basis for up to a few weeks. This way, patients can lessen their time getting treated in the hospital and take away the risk of skipping antibiotic treatments.

The FDA has flagged the investigational drug as a “priority review,” meaning the regulatory agency must consider its application within six months. According to the Medicines Company website, the FDA’s action date for the drug is Aug. 6, 2014. 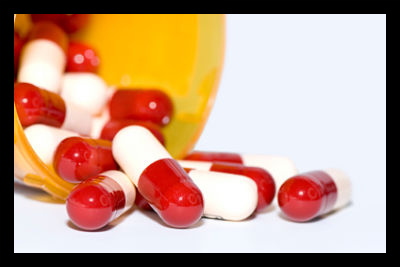 The FDA has just released a statement warning consumers of the dangers of acetaminophen. The drug, which is prescribed and taken with nearly the same frequency as candy by North American consumers, can pose serious health risks in dosages as small as 325 mg.

The statement, which was released January 14, points to ignorance on the part of the consumer as a main culprit in inadvertent acetaminophen overdose. Patients frequently find themselves taking too much acetaminophen via over- the-counter drugs or prescription drugs.

These inadvertent acetaminophen overdoses are a leading cause of acute liver failure. Unfortunately, initial symptoms of liver toxicity from acetaminophen are vague and hard to catch. They include fatigue and sometimes nausea, which can be easily mistaken for other illnesses such as the flu.

This frequently happens because when acetaminophen breaks down, its byproduct, NAPQI, can build up and cause serious damage to the liver’s cells. While acetaminophen in low dosages is an effective pain-killer, overwhelming evidence points to the fact that there are no additional benefits to taking more than 325 mg of acetaminophen that would outweigh the added risks for liver injury.

According to the National Institute of Health, acetaminophen poisoning is one of the most common forms of drug toxicity in the world.

Drinking is closely linked with liver problems, and trouble really starts when regular heavy drinkers take a lot of acetaminophen over long periods of time.

If one occasionally drinks a lot of alcohol and takes a normal dose of acetaminophen the next day, they most likely will not suffer liver damage. However, multiple high doses of acetaminophen tend to be dangerous for heavy drinkers because they usually have poor diets and low levels of glutathione. This shunts acetaminophen metabolic pathway and results in higher levels of NAPQI.

Acetaminophen, even in doses close to 4,000 milligrams per day, the current daily limit can still be quite toxic to the liver in a small number of people. Anything over 7,000 mg/day is enough to cause a serious overdose.

Acetaminophen gained popularity because COX-2 inhibitors, acetaminophen’s class of drug, are easy on the stomach. Nonsteroidal anti-inflammatory drugs (NSAIDs) such as ibuprofen, were hard on the gut, Aspirin has been linked to Reye’s syndrome in children; thus, Tylenol became a panacea.

In 2009, a group of experts called the Acetaminophen Hepatotoxicity Working Group pushed for reform to the FDA and tightening up the rules for acetaminophen.

The Food and Drug Administration advises people always to follow dosing directions, never to take more than the dose indicated and not to take acetaminophen for longer than directed or mix multiple acetaminophen-containing medicines at one time. 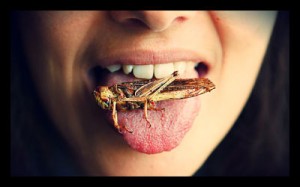