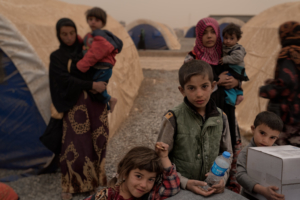 The World Bank predicts that by 2030,  up to two-thirds of the world’s extreme poor could live in fragility, conflict and violence (FCV) affected areas. Global poverty rates are escalating at a shocking rate, especially in countries experiencing FCV. World Bank estimates show that an additional 18 to 27 million people would be pushed into poverty in 2020 in countries affected by FCV. The world’s most vulnerable and impoverished countries experience the interconnected issues of FCV.

The International Development Association (IDA) reports that ½ of the world’s poor live in “fragile, conflict-affected states.” The World Bank defines fragile states as those meeting three different criteria: unstable institutional and political settings, the introduction of peacekeeping forces, international acknowledgment of instability and at least 2,000 per 100,000 migrants moving across borders. These criteria illuminate a political security crisis and forecast conflict.

Along with fragility, conflict is a significant predictor of poverty and instability. The World Bank states that conflict accounts for “80% of all humanitarian needs.” Conflict also greatly contributes to the refugee crisis, inflating the number of displaced people around the world. FCV-afflicted countries account for 82% of forcibly displaced people. The addition of refugees limits the development of the host country even further and exacerbates issues of economic equality.

Conflict-affected states are home to half of the global poor. Conflict is identified by the World Bank as, “countries having 10 per 100,000 of their population experiencing conflict related deaths.” Countries on this list include Afghanistan, Syria, Somalia and South Sudan. Unsurprisingly, these countries are also among the top 5 contributors to the world’s refugee crisis.

In the last ten years, there has been a noticeable spike in intrastate violence. Poverty levels in countries with protracted conflict have increased, along with the levels of both internal and external displacement. Factors of political instability, intrastate conflict and corruption contribute to a cycle of poverty. Violent settings are likely to have high numbers of refugees fleeing those areas. The Global Citizen wrote, “By the end of 2019, 79.5 million individuals were forcibly displaced worldwide as a result of persecution, conflict, violence or human rights violations.”

Resulting from the outbreak of the Syrian Civil War, Syria is the world’s largest contributor to the global refugee crisis. Many flee country borders and are unable to attain asylum. Rather than return to a homeland of FCV, refugees remain in camps with limited access to work, education and commodities.

In an effort to advocate and assist those most affected by FCV, the IDA has provided consistent and significant aid to the world’s poorest countries predisposed to experiencing poverty. One example of an IDA success story is Afghanistan. The IDA has endorsed 45,751 democratic community development councils throughout Afghanistan and has provided laborers 66 million days of work. The organization also helps provide vaccinations and central infrastructure to areas in need. With the help from other NGOs and nonprofit organizations, The World Bank is attacking these issues head-on through means of prevention, engagement, assistance and litigation to ensure further development in countries most affected by fragility, conflict and violence.