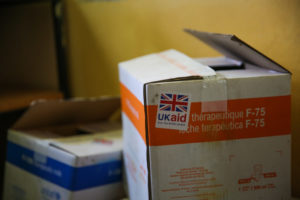 In the last decade, the United Kingdom’s most influential international organization, known as the British Council, has made various cuts to British foreign aid in developing countries. The world recognizes the U.K. for generous foreign aid, but policymakers are beginning to push for “development assistance.” These budget cuts are occurring to fulfill more self-serving international interests. This bureaucratic debate has sparked increasing tension among council members over the value of U.K. poverty reduction efforts.

In her December 2019 speech, Queen Elizabeth II announced that the U.K. government would restructure international policy in more integrated terms. Prime Minister Boris Johnson recently made the most drastic change to U.K. foreign policy since the end of the Cold War.

On June 15, 2020, the tension over foreign aid led Johnson to merge two historically distinct departments: the U.K. Department for International Development (DFID) and the Foreign & Commonwealth Office (FCO). This essentially terminated the DFID, which championed World Bank’s “poverty reduction strategies.” This change has not sparked an immediate consequence. British policy-makers and journalists alike are asking a fearful question: will this shift put ongoing U.K. poverty reduction efforts in danger?

A Threat to “Soft Power”

The merging of DFID and FCO will likely compromise a significant amount of funding for the Official Development Assistance (ODA), which provides poverty-reducing aid to developing countries. The projected 30% loss to the aid budget, equivalent to $2.5 billion, will force the government to cut a variety of aid programs.

While outstanding U.K. poverty reduction efforts remain vital to the ongoing development of countries, they also maintain the soft power on which Britain prides itself. The June 2020 interim report by the U.K. House of Commons International Development Committee argued for the DFID to remain independent. Independence would maintain Britain’s global reputation for aid and soft power. Soft power is Britain’s ability to shape another country’s decisions through collaboration rather than coercion. Nevertheless, the departments merged a week after the report’s publication.

As far back as a decade ago, foreign policy reports projected a collapse in Britain’s diplomatic capacity if the government made cuts to an already inexpensive foreign aid budget. In comparison, the U.K. spends significantly more on other foreign policy matters, such as defense. Britain gains diplomatic influence at both a bilateral and multilateral level by providing aid to impoverished countries; thus, cutting back on foreign aid reduces Britain’s voice and reputability in these meetings and relationships.

There is much uneasiness around cutting vital aid to developing countries. Still, the restructuring of DFID and FCO may not undo years of U.K. poverty reduction efforts. If the government takes certain steps, the U.K. could remain a leader in international aid efforts. Namely, the newly combined department must adhere to the International Development Act of 2002, which allows the U.K. to allocate aid money to poverty reduction initiatives. Additionally, the government could appoint a cabinet minister for development. This role would ensure that poverty reduction efforts remain at the forefront of the U.K. aid strategy.

According to the International Development Committee member Sarah Champion, Britain is a country of humanitarians who value helping the world’s most vulnerable communities. As a result, it only makes sense to represent their values through policy and action. Ultimately, it is the duty of FCO to ensure that U.K. poverty reduction efforts remain a priority. Supporting the world’s poor is more imperative than ever in the midst of a global pandemic. With hope, British leadership will continue to aid communities suffering from systemic underdevelopment and poverty.