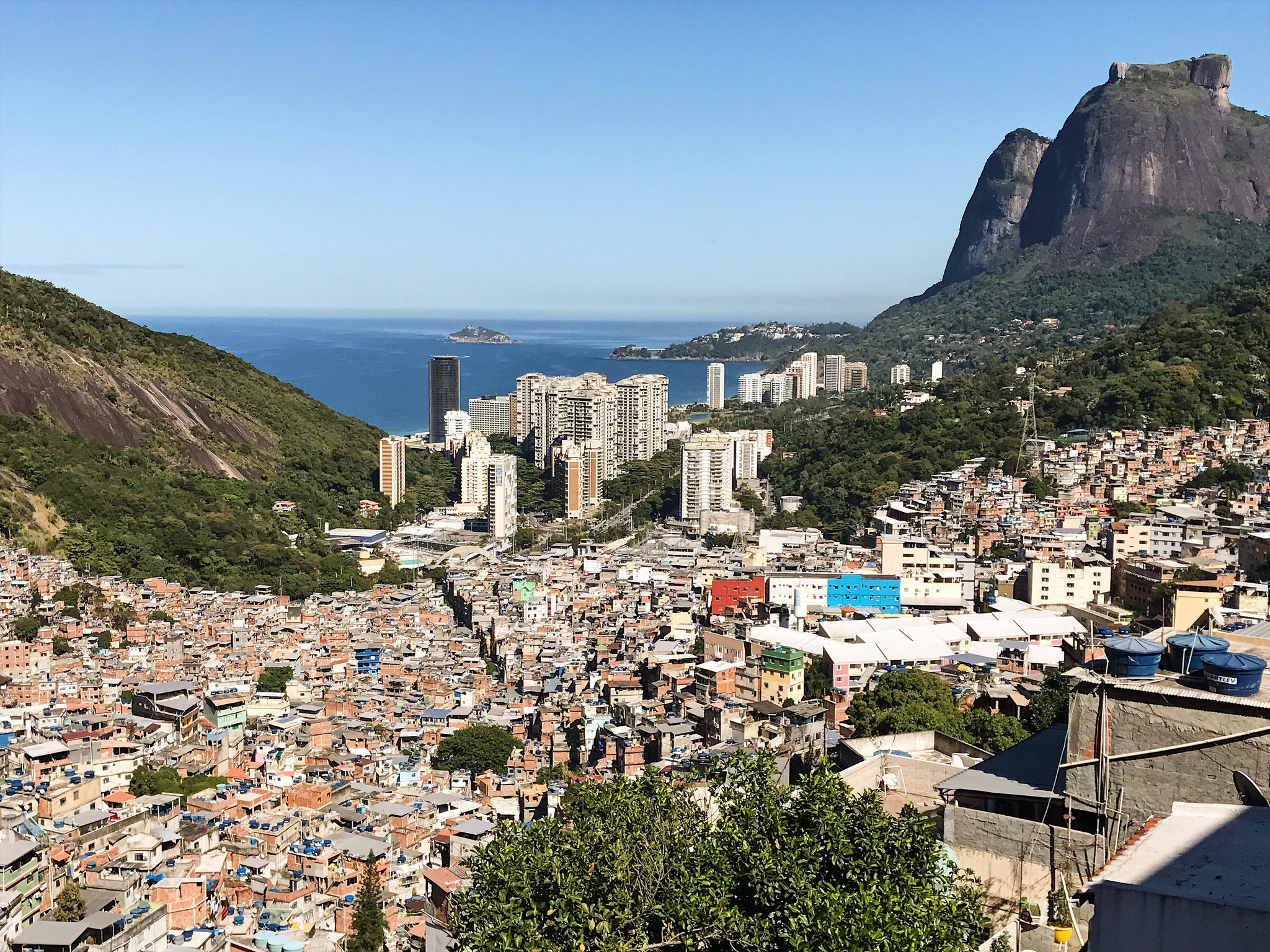 Despite the Brazilian government’s efforts to protect favela inhabitants from drug and gang-related violence, concerns over public safety and security in Rio de Janeiro are at an all-time high. The prevalence of gun violence amid the struggle to wrest control of favelas away from drug traffickers has resulted in a staggering number of bystanders to be hit, often fatally, by stray bullets in police shootouts. As the embattled Brazilian state struggles to find effective solutions, two humanitarian organizations have developed applications whose aim is to help keep citizens out of harm’s way.

Translated literally from Portuguese, “favela” means slum or shantytown, but the diverse nature of these urban communities often belies such narrow labels. Typically colorful and teeming with life, favelas are low-income, informal housing centers that have become ubiquitous in Brazil’s largest cities.

Brazil’s first favela, now called Providência, was built in the center of Rio de Janeiro in the late 19th century by soldiers who found themselves homeless following the civil conflict known as the Canudos War. Today, an estimated 1,000 favelas are home to about 1.5 million people in Rio, which means that about 24 percent of Rio’s population lives in these communities.

Though the term “favela” has a historically negative connotation, conditions in favelas vary widely today and have over the past decade. While some of these centers are typified by destitution and the lack of resources, not all favela inhabitants identify with the negative labels typically applied to their communities. In fact, a 2013 study found that 85 percent of favela residents like the place where they live, 80 percent are proud of where they live and 70 percent would continue to live in their communities even if their income doubled.

Since this study, however, Brazil has entered into its worst economic recession since the 1930s. In 2014, Brazil celebrated its removal from the U.N. Hunger Map and prosperity seemed to be on the horizon. Just three years later, however, 14 million people are currently unemployed, hunger is yet again a pressing issue, and the number of incidents of gun violence between the police and drug traffickers has significantly increased.

Urban violence related to drug trafficking, which was largely believed to be a problem of the past, has reemerged in Rio de Janeiro. In 2008, the state established 38 Pacifying Police Units (UPPs) across the city’s favelas in response the problem of drug and gang-related violence, which has historically been centered around favelas. This program, which represents the state’s largest public monetary investment in the favelas to date, is dedicated to protecting inhabitants from gang and drug-related violence in Rio and removing the physical manifestation of the drug trade.

Initially, studies demonstrated that the UPPs were affecting positive outcomes in the favela communities. Crime rates fell and the price of real estate was on the rise. In the last three years, however, Brazil’s economic crisis has caused an uptick in crime rates, and the UPPs are struggling to maintain control of favelas.

Public safety concerns and the perception that the UPPs are not up to the task at hand have been exacerbated by the recent rise in the number of killings by police officers. In Rio, 569 people died at the hands of on-duty officers from January to October 2015, which represents an increase of 18 percent over the same period in 2014.

Sadly, shootings and assaults have become routine in Rio. This year, at least 2,800 shootings have been recorded since January, which equates to an average of more than 15 per day.

Last month, the Brazilian Army was called in to dispel a shootout that had emerged between police and an armed drug gang in Rocinha, the largest favela in Rio. Just under 1,000 soldiers were dispatched to surround the favela and bring an end to the violence, which had forcibly closed schools, offices and other public buildings and added to the number of civilian fatalities.

Endeavoring to help protect citizens caught in the crossfire of the embattled police and military forces and drug gangs, two humanitarian organizations have developed applications that notify citizens of the location of gunfire in their locality. Amnesty International and a local researcher created “Fogo Cruzado,” or Cross Fire, and “Onde Tem Tiroteio” (Where Are the Firefights) was created by a volunteer group of Rio citizens. Operating in real time by collecting police and eyewitness reports, both applications are available for Android and iOS users.

As a home to millions, the reemergence of violence in Rio’s favelas despite past endeavors aimed at its eradication is extremely disheartening, and the resultant deaths have been mourned as tragedies. Though these applications are only temporary aids rather than the comprehensive solutions that the city desperately needs, they can help protect its residents and reduce the number of deaths caused by gun violence in Rio.