The book begins: “July 15, 1955. The birthday of my daughter Vera Eunice. I wanted to buy a pair of shoes for her, but the price of food keeps us from realizing our desires. Actually we are slaves to the cost of living.”Carolina Maria de Jesus’s diaries were edited into a book called “Room of Garbage” (1960), which quickly became one of the most successful books in Brazilian publishing history. In Sao Paulo, 10,000 copies of the book sold out in the first three days and it has since been translated into 13 different languages, becoming an international bestseller. Despite her success, within a few years she would return to living in the favelas and would later die in poverty.Carolina was born in 1914 to a single mother in Minas Gerais. After attending primary school for two years, she was forced to drop out. She wrote her diary entries while living in the favelas (slums) of Sao Paulo with her three illegitimate children.After World War II, the number of favelas exploded in major cities such as Rio de Janeiro and Sao Paulo due to mass migrations. Favelas were located on the unwanted lands left behind by urban development, often in the hills surrounding the cities.A self-confident woman, Carolina refused to conform to social standards. She never married, and she expressed herself aggressively with sometimes racist views. Her diary entries describe her struggle to rise above poverty, living as one of the “discarded” and marginalized.She collected paper, bottles and cans for coins, held various odds and ends jobs and scavenged in garbage bins for food to feed her children. Her stories, poems and diary entries deal with themes of poverty, loneliness, hopelessness and death. She writes of the racial injustice and discrimination heaped onto the poor and the blacks in the favelas.She writes about political events and politicians with their empty promises to the urban poor, arguing, “Brazil needs to be led by a person who has known hunger. Hunger is also a teacher. Who has gone hungry learns to think of the future and of the children.” Many readers and critics were surprised that an uneducated black woman from the slums could eloquently write about politics, racism and gender discrimination.In 1958, Audalio Dantas, a reporter for Diario da Noite, heard Carolina yell at a group of men on a playground, “If you continue mistreating these children, I’m going to put all of your names in my book!” Dantas convinced her to show him her writings and took them to his editor.Although her book would reach international acclaim, many Brazilians criticized and ostracized her for her refusal to conform to social norms. Today, most Brazilians do not acknowledge her impact, only recognizing her as that “slum dweller who cracked up.” Why is Carolina Maria de Jesus important if her country refuses to remember her?Her stories humanize poverty and hunger, bringing attention to the human lives behind facts and figures. She describes the pain of hearing her children ask for more food because they are still hungry. She writes about watching restaurants spill acid in the trashcans to prevent looting by the poor. In the favela, she had the “impression she was a useless object destined to be forever in a garbage dump.”A quick search on the Internet can show you numbers and statistics about the millions of people living below the poverty line in the world, but Carolina’s words showed people “the meaning and the feeling of hunger, degradation and want.” To overcome global poverty and move forward with understanding and empathy, Carolina’s stories and the countless stories of others must not be forgotten. 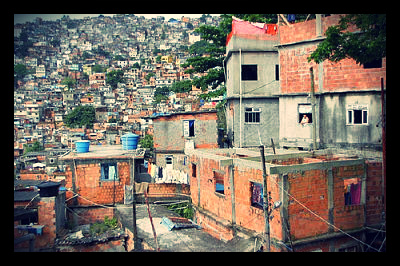 In Brazil, especially in the city of Rio de Janeiro, the wealthy tend to live closest to the sea. Favelas, or shantytowns, are slums in Brazil that are located farther away from the water on hills. They started out as an inexpensive housing option for returning Brazilian soldiers and freed African slaves in the 19th century. In Rio de Janeiro, a city of about six million people, approximately 20 percent live in favelas.

The urban phenomenon of favelas grew during the dictatorship of Gétulio Vargas, who pushed for greater industrialization within Brazil, which brought in more immigrants to Rio de Janeiro and therefore more occupants into the cheaper form of housing.

The 600 favelas in Rio de Janeiro today are mostly known for their high levels of poverty and crime, with numerous drug trafficking groups and street gangs operating within the various favelas that dot the hills of Rio de Janeiro. Favelas are also known for their relative lack of public services and government attention. Brazil is known to be one of the most unequal countries economically, with the top 10 percent of the population earning 50 percent of the national income and 8.5 percent of people living below the poverty line.

The location of favelas makes it difficult for the Brazilian government to provide proper public services, and as such makes it harder for the government to establish a positive presence in the favelas, which only furthers the cycle of violence as gangs are given more or less free reign.

This security issue within the favelas has been addressed by the introduction of a government program in 2008 that aimed to crack down on violence in the slums. Such programs are proving especially important ahead of the upcoming World Cup. The program installs permanent “police pacification units” (PPUs) throughout the favelas to deter crime and rid the favelas of the most serious gangs.

These PPUs are becoming a more widely accepted form of security control on behalf of the government. In Rio de Janeiro alone there are currently around 37 PPUs covering an area of about 1.5 million people, yet these PPUs have been criticized in Brazil for their severe tactics in dealing with local residents. Right now more than 24 policemen are facing charges for allegedly torturing a local resident of a favela.

More positive government policies have been successful in bringing 40 million Brazilians into the middle class over the last decade. Moreover, nationwide statistics indicate that 15.9 percent of Brazilians were impoverished in 2012, down from 18 percent in 2011. But Brazil is a land of contradictions, and despite this impressive decrease in poverty the South American nation remains the 12th most unequal nation in terms of income. Although Brazil should certainly be commended for its substantial decrease in poverty, policies should be implemented to ensure further social inclusion for those living on the margins. 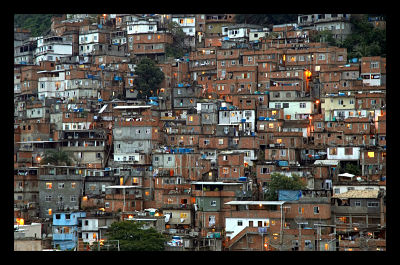 São Paulo’s visionary new mayor, Fernando Haddad, plans to elevate the city’s sprawling and overcrowded slums out of abject poverty by 2020. His goal is to improve the horrible living conditions of the favelas while also halting their insurgent growth.

The favela slums of São Paulo remain a brazen example of the poverty and income inequality that still lingers in Brazil despite its recent (and remarkable) economic growth. They serve as hotbeds for violence and crime as well as uncontained waste and rampant pollution.

In a campaign promise during last year’s election, Haddad created what will become the city’s main development plan named “Arco do Futuro.” This plan promises to provide more housing and jobs for the favela’s cramped and unemployed populations. He maintains that the improvements will occur as a result of economic growth, government funding, and demographic changes.

Previously, the government’s efforts to develop a 100-acre area around Luz, which is notorious for drug activity and known as Cracolândia, sparked intense protests within the community. According to Haddad, this was because the public did not trust the private companies in charge of the housing programs.

The mayor plans to allow for members of the community to have a greater voice in order for the development plan to not be seen as a threat. He emphasized that giving individuals a greater sense of ownership would negate the negative feelings toward the project.

This mentality fits well with the message of the New Cities summit, which was hosted by São Paulo this year. The message is this: “The Human City, placing the individual and the community at the heart of discussions on our urban future.”

The New Cities summit, held in São Paulo this year echoed this idea as a way of developing solutions to the challenges of rapid urbanization. São Paulo was chosen to host last week’s New Cities summit because it faces many of the same problems as other metropolises across the developing world. If São Paulo can find ways to alleviate their problems of crime, pollution, overcrowding and waste, then the hope is that other cities can too.

By 2030, it is estimated that 60% of the world’s total population will be living in urban areas. Each year, a million people are added to this figure in China, India and the Middle East. Latin American countries have the highest percentage of urban populations with 87% of the population of Brazil living in cities.

“We need more just cities. Not just playgrounds for the wealthy, but cities where all people can thrive,” said John Rossant of the New Cities Foundation, “This is a global summit to look at problems facing cities in the 21st century, but also opportunities. There are lots of interesting solutions.”