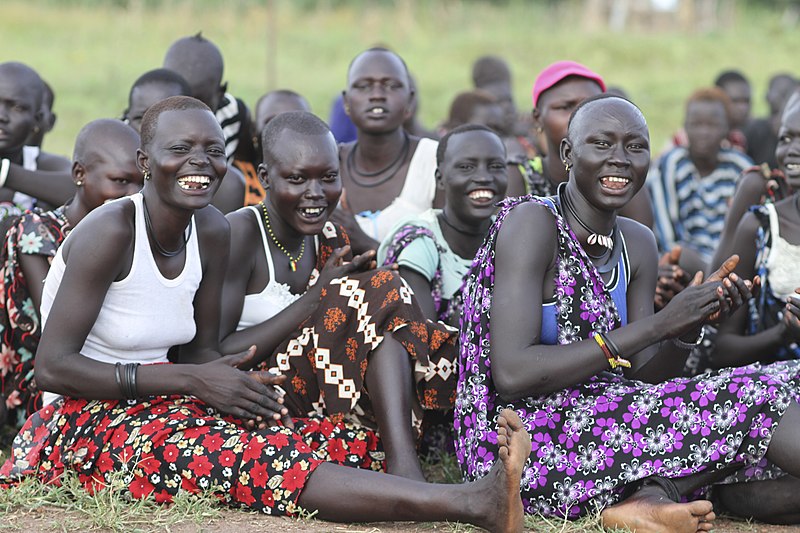 South Sudan is one of the most poverty-ridden countries in the world. British explorer Samuel Baker originally established it as a colony named Equatoria in 1870, but the colony later joined with Sudan, which was another former British colony, in 1947. When the Arab Khartoum government, a reigning government at the time, did not grant political participation to the southern populace, the country plunged into two bloody civil wars. The first civil war lasted from 1955 to 1972, and the second civil war lasted from 1983 to 2005. During both of the civil wars, an estimated 2.5 million people died. Most of the casualties were civilians who died from starvation and drought. After numerous peace talks, South Sudan declared independence in July 2011.

Who is Father Lee Tae Seok?

Father Lee Tae Seok was born in 1962 in Busan, South Korea. After losing his father at the age of 9, Fr. Lee’s mother supported the family by working as a seamstress in a market in Busan. After graduating from medical school in 1987, Fr. Lee worked as an army medical surgeon until 1990. In 1991, he entered a Salesian seminary, and after becoming a priest in June 2001, he went to South Sudan as a deacon in November 2001. Here, Fr. Lee saw the harsh reality of South Sudan. The sight of lepers and Hansen’s disease patients made a deep mark on his memory. Fr. Lee’s fellow missionaries reported that the sight he witnessed overcame him to the point where he had to run into a bush. After his ordination in June 2001, Fr. Lee returned to South Sudan.

After revising his medical knowledge about tropical diseases in a Kenyan hospital, Fr. Lee made his way to a small South Sudanese village named Tonj. Fr. Lee made many contributions to the people of Tonj. He dug wells to provide more sources of water and cultivated a field to grow crops and vegetables for the villagers. Fr. Lee also erected a medical clinic in Tonj. In this clinic, he treated over 300 patients on a daily basis. In addition to daily clinical duties, Fr. Lee also went out in his Jeep to find patients who could not travel to his clinic. As words about his clinic started to spread throughout the region, an increasing number of patients came to it. Eventually, Fr. Lee erected a bigger clinic with the help of the villagers of Tonj.

In addition to his medical contributions, Fr. Lee also made a remarkable mark upon the youth of Tonj. After erecting his clinic, he established schools and other facilities to educate the youth of Tonj. In these schools, he taught math and music for the children of Tonj. It is during this time that Fr. Lee established the Don Bosco Brass Band. In order to establish this band, Fr. Lee asked many of his friends in South Korea to send him crates of instruments. The Don Bosco Brass Band traveled throughout South Sudan to spread the message of peace in war-torn South Sudan through music.

Fr. Lee’s contribution to the people and the youth of Tonj left a deep mark. After receiving a cancer diagnosis in 2008, Fr. Lee passed away in January 2010. He was 47 years old. As of 2018, Fr. Lee’s life and efforts in South Sudan are in social studies textbooks. However, Fr. Lee’s legacy stretches beyond just textbooks. In 2018, a former student of Fr. Lee became a doctor. Dr. Thomas Taban Akot graduated from Inje University, which was Fr. Lee’s alma mater. In his interview with Hankyoreh newspaper in South Korea, Dr. Akot recounts the effect Fr. Lee had in his life. Dr. Akot told Hankyeoreh, “I could never have been a doctor had it not been for Father Lee,” expressing his desire to carry on the wishes of Father Lee Tae Seok.

Father Lee Tae Seok’s life is a story of compassion. Through his actions and efforts, Fr. Lee exemplified the message that compassion and solidarity can be a powerful force for change. Fr. Lee is also a powerful reminder that an individual is capable of changing the lives of numerous people. The country’s textbooks commemorate Fr. Lee Tae Seok’s work of love and compassion. After Fr. Lee’s passing, the Salesian order in Tonj is continuing his mission. As South Sudan moves toward a transitional government, many hope that South Sudan will remember Father Lee’s message of love and peace.