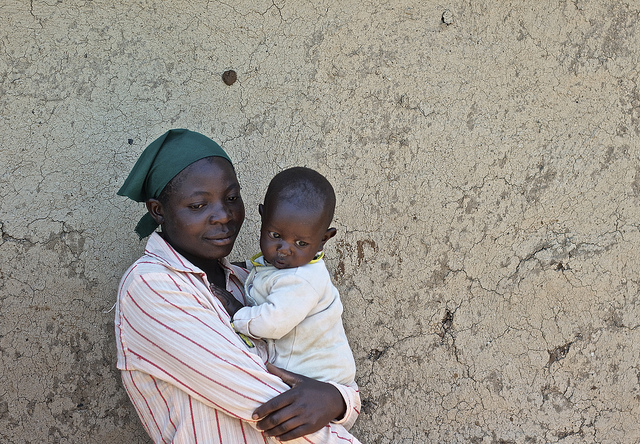 With a rate 14 times higher than the global average, Fetal Alcohol Syndrome (FAS) is more prevalent in children in South Africa than any other country in the world. In South African communities in the Western and Northern Cape, FAS is often a result of poverty, violence, substance abuse and teen pregnancies. Many young, expecting mothers attempt to dull the pains of their everyday lives through alcohol and drugs and are unaware of the negative consequences on their unborn children.

But not all hope is lost. As nonprofits work for to fight FAS in South Africa, the organizations have used mentor mothers to educate and guide young mothers through their pregnancies.

FAS is a condition that occurs when mother’s consume alcohol during pregnancy and causes development problems in their child. These problems include learning and behavioral issues, brain damage, stunted growth and hearing and vision impairments.

In certain high-risk areas of South Africa, an estimated 72 percent of children are impacted by FAS. Furthermore, a shocking 111 out of 1,000 children in South Africa are believed to have FAS compared to the global estimate of seven per 1,000 children. This is partially due to a dated system where farmers pay workers in wine; this further contributes to alcoholism and binge-drinking.

Despite these high FAS levels in South Africa, there has been little to no government intervention or efforts to ease this problem. Instead, various nonprofits such as FASfacts and Philani have taken matters into their own hands.

FASfacts’ goal is to decrease alcohol consumption during pregnancy through educating the general public on the effects of FAS on children. It does so through various programs implemented in satellite offices throughout the country including:

These programs aim to help young girls and adult women make the decision to avoid alcohol while pregnant, and encourages fathers/partners to abstain from drinking during and after pregnancies as well.

Another nonprofit working to decrease Fetal Alcohol Syndrome in South Africa is called Philani. This organization has been operating since 1979 and tries to stop the health threats of HIV/TB, alcohol abuse and malnutrition on infants. Philani recognizes that alcohol abuse continues to threaten malnourished children even after pregnancy and tries to build partnerships within families to nurture healthy children.

Both of these organizations have seen extensive results through their volunteer and mentor mothers programs.

To provide support to expecting mothers, each of these nonprofits started a mentor mothers program. These programs train and recruit volunteers from communities at risk, many of whom are mothers themselves, to educate and guide these women through their pregnancies and provide support after.

The FASfacts program has been running for seven years and has helped nearly 500 women maintain sobriety during pregnancy and breastfeeding. FASfacts trains mentors to give psychosocial support services to pregnant mothers within their own communities for a yearlong period. During this time mentors focus on education, emotional support and providing motivation to stay alcohol- and drug- free. Some of these mothers then become mentors themselves to help others in their communities.

The Holistic Approach For Success

The Philani program takes a holistic approach to primary healthcare and believes that an educated and healthy mother will raise a healthy family. Their mentor mothers walk among communities where they weigh and chart babies’ and children’s weights until age 5; they also refer some to clinics to receive treatment and tests. The program helps mothers stay healthy and sober during pregnancy, rehabilitate malnourished children and prevent HIV transmission between mother and child.

Mentor mothers are providing guidance and hope for mothers living in poverty and facing harsh challenges across South Africa. Their combination of education, guidance and support has helped many mothers stay sober during pregnancy and have healthier children as a result.