Tag Archive for: Farming in Uzbekistan 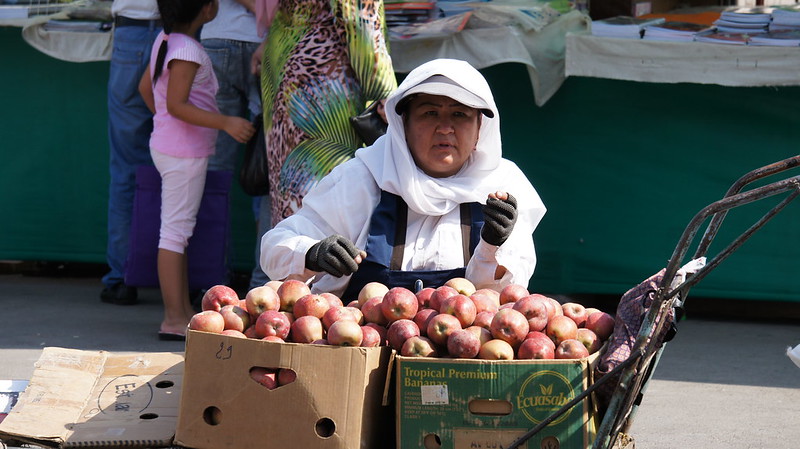 Uzbekistan is the most populous nation in central Asia, with over 32 million citizens. It is a landlocked country with little precipitation (3.9 to 7.9 inches annually), but its landscape includes two rivers and the salty Aral Sea. Despite the dry area’s water sources, decades of misuse of the rivers and sea have led to degraded land and Uzbekistan’s high reliance on exported crops like cotton. A new generation of citizens now counters the mistakes of its predecessors as they strive toward sustainable agriculture in Uzbekistan.

The higher the soil’s salinity, the harder plants must work to absorb water. Even if the soil is at proper saturation, if the salt content is high enough, plants will wilt or even die from the high expense of energy. The process of diverting water from the Amu Darya and Syr Darya rivers that fed the Aral Sea led to the desertification of what was once the fourth largest saline lake in the world. The extremely high concentration of salt in the small body of water left behind affects the soil of its boundaries with a high level of salinity.

The sea is now less than 10 percent of its former size and the eastern basin, which dried up completely, is now known as the Aralkum Desert.

Further, Uzbekistan employed even poorer labor practices. The cotton industry saw state workers directed away from their occupations during harvest season and out to the fields picking cotton. The practice met the definition of “modern slavery” as outlined by the Global Slavery Index, as the workers received little to no compensation for their extra work and were under the alleged threat of expulsion from their state jobs if they did not participate in the harvest.

Labor and agricultural policies were enforced under the leadership of President Islam Karimov, elected in 1991 after Uzbekistan declared independence from the Soviet Union. Shavkat Mirziyoyev became the nation’s second president in 2016 following the death of Karimov. Mirziyoyev has since publicly denounced the traditional labor practice and initiated reforms across the labor and agriculture sectors.

A 2013 study on the possible outcomes of developing land for crops besides cotton found a high potential for more efficient water use, as well as farm income for the area’s dryland citizens. The multiyear study indicated that crop diversification would also assist farmers in wetland areas that will be affected by the climate-driven decline water availability. The article concluded that crop diversification was key to sustainable agriculture in Uzbekistan.

That same year, the World Bank financed the Sustainable Agriculture and Climate Change Mitigation project. The project objectives are to introduce renewable energy and technology for energy efficiency to the agriculture (agribusiness and farms) sector, and to improve the degraded irrigated land and water conservation practices.

The project looks to secure the objectives by implementing three components:

In 2014, the Horticulture Development Project initiated the shift in focus from heavily relied-upon exports like cotton to sustainable agriculture in Uzbekistan. By growing its own fruits and vegetables, the nation will realize growth in sector-crossing agribusiness and through its more diverse economy.

Uzbekistan must overcome the inheritance of neglectful policies, rising above the mandates of 1950s Soviet Russia and the heavy-handed culture of the Kamirov-led 1990s and 2000s. Through aid and the drive to emerge victorious, Uzbeki will citizens create sustainable agriculture on their way to creating a fully sustainable nation.