Tag Archive for: Farming in the Solomon Islands 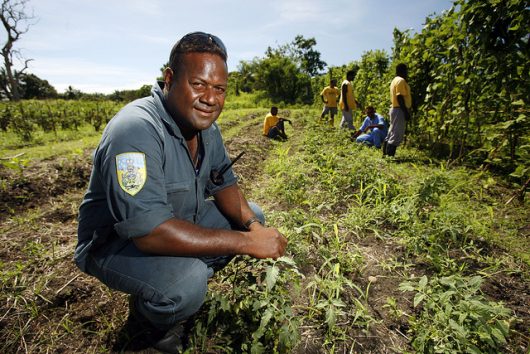 Since the Solomon Islands is a Pacific Island country, it is very susceptible to natural disasters, particularly with the increased volatility of climate change. These disasters typically threaten food security and make it very difficult to consistently import food into the country. Organizations like the Food and Agriculture Organization of the United Nations (FAO) have worked with the government of the Solomon Islands to improve disaster preparedness and response. Additionally, the FAO has worked with the Ministry of Health to improve standards of sanitization for imported foods and other food control systems.

The Khaled bin Sultan Living Oceans Foundation also operates in the Solomon Islands. A major project conducted by the organization was the Sustainable Seaweed Farming project. Seaweed farming is a common practice on the islands, and with increased pollution, it is important that practices for sustainable agriculture in the Solomon Islands are in use. This project helped manage overharvesting and helped reduce damage to the coral reef ecosystems.

The Solomon Islands does have its own ministries and departments that manage agricultural issues on the islands. The Ministry of Agriculture and Livestock creates and disseminates policy regarding plans for sustainable rural development, food security and improved livelihoods. These policies are very transparent and easily accessible.

Additionally, these policies are comprehensively broken down into four categories:

These categories show a good understanding by the government of who has a stake in the agriculture industry. It shows participation by the government in rural communities, in which almost 80 percent of the population lives. Most of these people additionally rely on agriculture for a portion of their income.

Ultimately, sustainable agriculture in the Solomon Islands is doing quite well, despite it not being a major focus for the island. Through the diligence of the government and projects run by independent organizations the Solomon Islands has implemented green farming and development practices and hopefully will continue to do so in the future.