Tag Archive for: Farming in the Dominican Republic 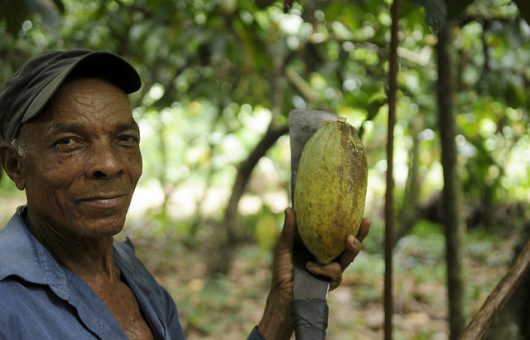 Despite being contested with a variety of obstacles, sustainable agriculture in the Dominican Republic is essential to the country’s overall success.

Located next to Haiti in the Caribbean Sea, the Dominican Republic is home to 10.6 million people who rely heavily upon its agriculture industry. The industry’s main exports are sugarcane and rice, products that employ 15 percent of the population and account for about 11 percent of the country’s Gross Domestic Product (GDP).

However, there are a variety of obstacles to overcome for sustainable agriculture in the Dominican Republic to become a reality.

According to the World Food Program, one obstacle the country faces is the country’s natural disaster relief efforts, which are not enough to support small farms. Vulnerability to climate change in turn exposes the Dominican Republic to a high number of natural disasters. Droughts, along with frequent hurricanes, mudslides and floods, cause real problems for small-scale farmers who rely on their crop yield to feed their families who, according to the World Bank, make up 72 percent of farmers in the Dominican Republic. Many of these farmers have no access to insurance for their crops, leaving them nearly hopeless in the face of a hurricane.

However, as of 2013, the World Bank funded the Dominican government in providing disaster relief. The World Bank also created an insurance plan in 2007 for farmers facing crop destruction by natural disasters. The plan, Caribbean Catastrophic Risk Insurance Facility (CCRIF), covers farmers for a short time period following a natural disaster and claims are paid based on the type of disaster.

The Dominican Republic faces another threat to its agriculture besides natural disasters, but it’s much, much smaller. According to the United Nations, in 2015, an outbreak of fruit flies resulted in the loss of $40 million in exports after the U.S banned the imports of 18 different kinds of fruit.

Thankfully, for the Dominican Republic, the outbreak was contained and eradicated within 10 months with help from the International Atomic Energy Agency (IAEA). The IAEA sterilized male flies using ionizing radiation, also known as Sterile Insect Technique (SIT) and released the sterile male flies, who were unable to reproduce. Despite these efforts, small-scale farmers continue to struggle.

The most successful sustainable agriculture in the Dominican Republic comes from large, exporting plantations that have enough money to pay for new and more efficient farming technologies. Meanwhile, the other 72 percent of farmers struggle to combat natural disasters, sloping terrain and a variety of other issues.

By adopting more efficient techniques, farmers can improve soil conservation, and cut back on deforestation — efforts that, in turn, reduce the amount of pollution in rivers and streams.

To combat these food deficiencies, the World Food Program worked with the Dominican government to supply nutritious foods to more than 1,300 health care centers. Looking ahead, the World Food Program’s 2018 projections include targeting malnourished areas and improving the availability of nutritious foods by 2025. It also includes assisting Disaster Risk Management in strengthening their readiness to natural disasters by 2030.

Despite undergoing natural disasters, poor farming techniques and infestations, in 2016 the Dominican Republic has still been able to export $111,726,338 to the United States. However, even with great exporting success, the small-scale farmer continues to face adversity.