Tag Archive for: Farming in Syria 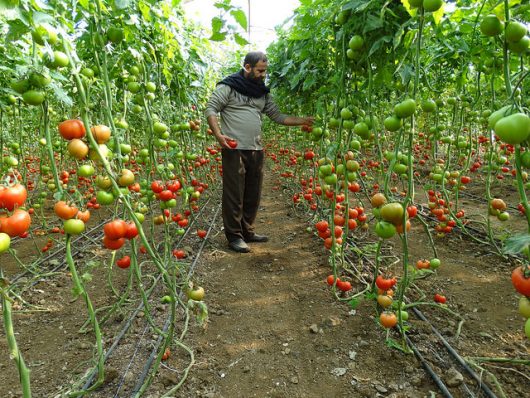 With its Mediterranean climate and location in the ancient Fertile Crescent, Syria was once the region’s only self-sufficient country in food production. Before the civil war that began in March of 2011, Syria’s main agricultural exports included wheat, barley, cotton, sugar, tomatoes, potatoes, oranges, apples, olive oil, sheep, cattle, poultry and eggs. Up to 40 percent of the population’s livelihoods were connected in some way to agriculture.

A Nation Ravaged by Food Insecurity

By 2016, though, the country’s agricultural infrastructure had largely been destroyed. Approximately 8.7 million people suffered from food insecurity, and much of the land was parched and dusty. Agricultural woes were both contributors to and results of the current humanitarian crisis.

According to writer Steven Starr, drought and food shortages were the most important factors leading to the 2011 revolt. That sentiment was echoed by Evan Fraser and Sylvain Charlebois, professors at the University of Guelph, who explained that “Throughout history, agricultural problems have acted as catalysts that trigger widespread social and humanitarian crises.”

2006 was the start of four consecutive years of drought, which had pushed three million people into extreme poverty by 2010. The negative effects of the drought on sustainable agriculture in Syria destabilized the country and caused rural inhabitants to flee to cities lacking adequate infrastructure for such numbers. The result was unrest due to corruption, inequality and increased competition for jobs and resources.

Francesca de Chatel referred to the current humanitarian crisis as “the culmination of 50 years of sustained mismanagement of water and land resources.” Chemical fertilizers and monoculture led to soil degradation, while a poor irrigation system contributed to salinization. Unrestricted grazing turned the fragile Syrian steppe into an eroded desert.

The onset of hostilities in Syria only intensified the struggle for sustainable agriculture in Syria. Both sides used food as a weapon, initiating starvation sieges and scorched earth policies. Open warfare put farmland off-limits, and the fear of being shot prevented shepherds from grazing their flocks on roadsides. Less land was cultivated due to power cuts, damage to irrigation canals and the high cost of food.

The rotation of cereal and legume crops was neglected, leading to nutrient-deprived soil and increased pests. Syria’s once vibrant and productive food processing and packaging sector had its productive capacity cut in half. The number of sheep and goats dropped by at least 40 percent, while poultry production was cut by a staggering 70 percent.

Bread is a staple food in Syria, and with the wheat deficit, the price of bread increased by 45 to 95 percent. As access to quality food deteriorated, families were left without fresh produce and forced to skip meals. The U.N. warned that Syrian children faced irreversible health problems in the wake of food shortages.

Seeds of Growth and Hope

Although the situation in Syria is dire in many respects, hope still remains. For instance, 15th Garden – Seeds for Syria is a “civil cooperative program ensuring post-war food sovereignty in Syria.” A network of urban gardens serving bombed and besieged Syrian cities, the work of 15th Garden involves family gardens, rural farmers and agricultural initiatives in refugee camps. Participants swap and reproduce seeds as well as attend workshops and courses that teach skills for gardening and sustainable agriculture in Syria.

Initiatives like 15th Garden are increasingly important for Syrian civil society and serve to demonstrate how anyone can help improve sustainable agriculture in Syria, even just by donating seeds.