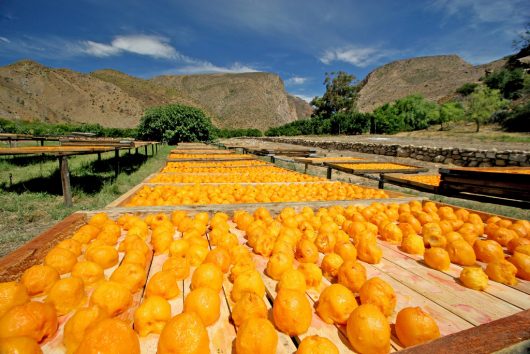 Sustainable agriculture in South Africa is on the rise. Sustainable development can take many forms, but it always requires financial support that often comes from nonprofit organizations or the government.

In developing countries, the government is often too scattered or too ineffective to actually create change. However, in South Africa, the government is beginning to build the sustainability of their agriculture industry and combat nationwide hunger through loans, grants and food security programs.

South African statistics state that over half of the country currently lives in poverty (59 percent). Of the employed population of South Africa, only 68,000 people worked in agricultural industries in 2016, and of the total South African population, 6.9 percent die of nutritional or metabolic diseases in 2016. Numbers indicate that not only is there a lack of sustainable agriculture in South Africa, but also that malnutrition and diseases that correspond with malnutrition are a large percentage of causes of death in the country.

Micro-Agricultural Financial Institutions of South Africa (MAFISA) is a micro-loan operation which offers local farmers and business owners the opportunity to purchase equipment such as fertilizer, seeds and wheelbarrows, which may not have otherwise been available to farmers. MAFISA also offers savings mobilization capabilities, so that the small business owners can begin to build their own savings for the future.

Comprehensive Agricultural Support Grant (CASP) is a grant offered to businesses whose main focus is on the growth of agriculture and land reform in an area. The grant focuses on six major areas, including technology and systems management, regulatory services, marketing and business development, training, farm infrastructure and financial support groups; it is offered in hopes that these local and national companies can help build a more sustainable society in their region.

Fetsa Tlala is the newest food security initiative, and it presents much like the Ilima/Letsema grant, but with a much more narrow focus. According to a 2014 News24 article, Fetsa Tlala was created to take unused land in different provinces of South Africa and begin producing food for it. This initiative focuses on producing staple foods (grains, vegetables, etc.) for populations that cannot afford them, and to create job sustainability for those who work in food production.

These four financial support initiatives are the beginning of a national recognition of the lack of food security in South Africa. Sustainable agriculture in South Africa, and the legislation that surrounds it, can reduce poverty and increase the upward mobility of the working class in South Africa. Fortunately, the government is working hard to make that happen.