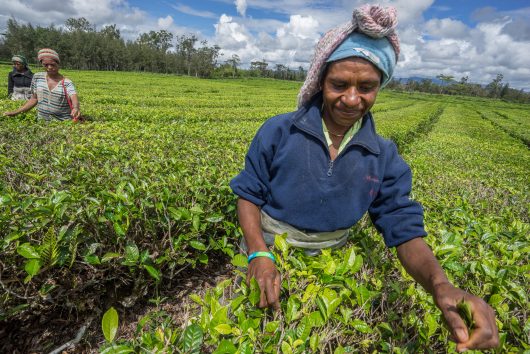 Just north of Australia in a region known as Melanesia is the island nation of Papua New Guinea, situated on the eastern side of New Guinea island. It’s one of the most culturally diverse nations on the world stage, but it’s also among the most rural with an economy that largely turns on agriculture.

Sustainable agriculture in Papua New Guinea is crucial to lifting more of its population from poverty. The Asian Development Bank reports that 39.9 percent of the country’s population lived below the national poverty line in 2009.

According to the World Bank, just 18 percent of Papua New Guineans live in urban areas, so farming would seem to make sense as an economic lifeline. However, the New Agriculturist notes that the nation is very mountainous, leaving just 25 percent of its land suitable for agriculture.

This presents a significant problem when it comes to developing sustainable agriculture projects in Papua New Guinea; but thankfully, new technologies stand to make a difference and boost agricultural output in the island nation.

According to the Papua New Guinea National Agriculture Research Institute (NARI), a solar-powered rice-milling technology is being pioneered in the Morobe province; this trial began in 2017 and should continue through 2019.

This technology’s potential lies in the fact that rice has become a staple food in Papua New Guinea since its introduction about a century ago. However, it has never become a staple crop because natural milling conditions are less than ideal.

Solar-powered mills aim to replace diesel-powered ones, which are more expensive to operate and repair. If solar power proves to be a more reliable and efficient technology, rice milling and other forms of farming will likely see an expansion and provide more support to rural communities.

This test run joins a host of efforts to improve sustainable agriculture in Papua New Guinea, including the Productive Partnerships in Agriculture Project (PPAP), which tried to benefit smallholder cocoa and coffee producers when it started in 2014.

PPAP aims to boost industry coordination, build links between local farmers and agribusiness for improved access to markets/technologies and improve infrastructure for that access. The World Bank estimates that more than 20,000 local coffee and cocoa farmers had benefitted by 2015, and farms adopting improved farming practices continues to grow.