Tag Archive for: Farming in Nauru 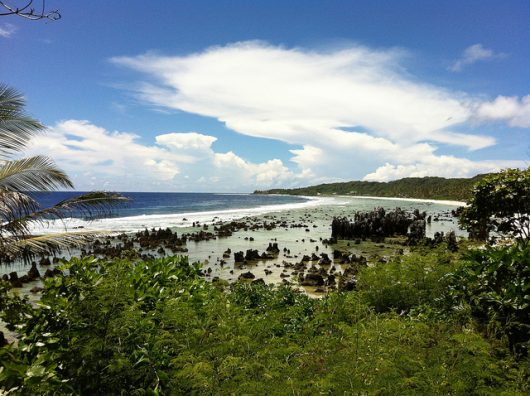 The small island of Nauru was once one of the world’s wealthiest nations per capita, during its phosphorus mining boom in the 20th century. But while the island was cashing in on its phosphate deposits, it was also creating a catastrophic environmental and agricultural legacy that would last for years.

Unchecked mining left an excessively jagged landscape that was almost useless for plant or food growth. With only 20 percent of land suitable for agricultural use, according to the Commonwealth Network, sustainable agriculture in Nauru became a distant dream. Since the end of the mining boom, the island has made slow progress towards rehabilitating the island for environmental and agricultural purposes. To further these efforts, in 1993 the Nauru Rehabilitation Corporation provided funding for multiple land rehabilitation projects, only of which has been successful thus far.

Due to the lack of any sustainable agriculture in Nauru, 90 percent of the island’s food is imported. Nauru’s strained financial situation makes the high costs of imported food an even greater burden. To make up for these high costs, Nauru imports cheaper, processed food, creating a severe shortage of healthy food in the diets of Nauru’s inhabitants. Increased consumption of unhealthy food led to obesity, in turn causing a rise in non-communicable diseases, threatening the health and lives of the people.

Efforts towards creating sustainable agriculture in Nauru are focused on the essential aspects: energy, water and small crops. Moqua Well, Nauru’s only underground lake, is being used for a solar-powered purification system to deliver drinkable water to the island’s inhabitants.

Buada Lagoon, Nauru’s only surface lake, is surrounded by small crops and domestic gardens, which constitute a large part of the Food and Agriculture Organization’s (FAO) plan for creating sustainable agriculture in Nauru. These provide the people with small and viable crops, mainly coconuts. Providing food security has proved a challenge; many of the agricultural and farming practices have fallen out of use, leaving the island’s current farmers ignorant of the best systems for crop cultivation.

The FAO provided training for farmers after an insect infestation caused a large decline in coconut production, demonstrating the proper methods for biological control and insect identification. Over 75 percent of Nauruan farmers used pamphlets found in the island’s resource center. Educating the farmers in these matters is the first and most important step towards creating food security and sustainable agriculture in Nauru.