Tag Archive for: Farming in Iran 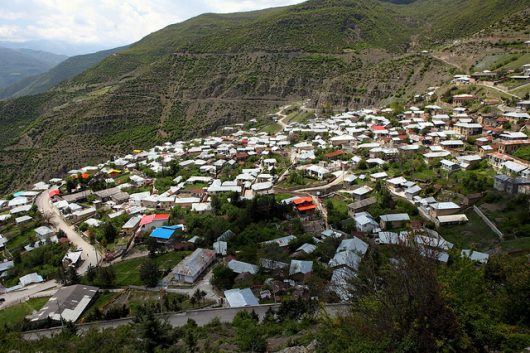 Agriculture plays an important role in Iran’s economic sector. In fact, it accounts for over one-quarter of the GDP and one-quarter of employment. However, Iranian land also experiences diverse climatic conditions. These conditions along with issues such as the increasing population and destruction of natural resources, overdependence on pesticide, insecticide and chemicals, limited arable land, soil erosion and water pollution threaten sustainable agriculture in Iran. As such, fostering sustainable agriculture in Iran is a major goal for the country.

Fostering Sustainable Agriculture in Iran Through the Forestry Sector

Additionally, the FAO implemented a project between 2015 to 2017 in support of establishing sustainable forest management in Iran. This effort increased the resilience and strengthened the capacity of forests to overcome natural shocks resulting from repeated droughts. The FAO also established a UTF (Unilateral Trust Fund) project in order to respond to the most urgent issues related Iranian forests.

Farming has become a challenge in Iran due to declining rainfalls and the overuse of water. The Conservation of Iranian Wetlands project is implemented by the Departments of Environment and Agriculture, the U.N. Development Programme and the Global Environment Facility. It is a sustainable agriculture initiative in Iran that aims to expose villagers to crucial water management methods. It showcases simple agricultural techniques such as composting that saves not only the environment but also improves the economy.

This initiative started small, initially bringing only 25 farmers from a village to demonstrate 9 different agricultural and water management techniques. However, those farmers replicate the sustainable approaches they learn on the site in their own farms, thereby increasing yields.

Through theoretical classes and practical demonstrations, these farmers learn about crucial alternatives to traditional flood irrigation and the use of chemical fertilizer. Since both techniques overuse water, the sustainable techniques introduced in this project teach farmers to use water efficiently.

For instance, the traditional flood irrigation method requires farms to be irrigated for days at a time. Conversely, through adopting the techniques promoted in this project, crops would need only five hours of water. These techniques save 4400 cubic meters of water in the region.

In addition to helping the environment, it also helps increase farmers’ individual incomes since it increases yields significantly. For instance, the average yield of one hectare in the wetland is 70 tonnes. By using the sustainable techniques, yields are doubled up to 148 tonnes for common crops such as tomatoes or watermelons.

This project also aims to involve women by bringing 11 women facilitators who learn the techniques and implement them in their communities. Plans of reproducing this initiative in other parts of Iran are already in effect.