Tag Archive for: Farming in Guatemala 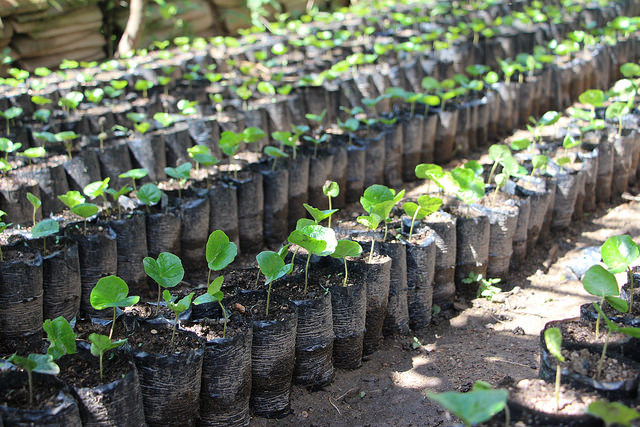 Guatemala is a country in Central America that has suffered greatly from political strife. With a 40-plus year civil war that ended in 1996, which included genocidal massacres of their indigenous people—the Mayans—Guatemala has struggled with instability. While it maintains the highest GDP in Central America, having witnessed tremendous economic growth in tourism, it still has high-income inequality with over half of all citizens living in poverty.

In terms of agriculture, its main exports are fruits, vegetables and flowers. It also grows and exports a vast amount of biofuel substances, such as corn and sugar. Coupled with poverty and a strong penchant for agriculture in the economy, sustainable agriculture in Guatemala has grown as a viable method to fight poverty and continue growth.

Chronic malnutrition is a defining issue in Guatemala, especially for the rural poor. Of the entire population, it affects 50 percent. One organization that works towards sustainable agriculture in Guatemala is Semilla Nueva. Its name literally means “New Seed”.

Semilla Nueva focuses on working within the current system and making a staple food more nutritious. Its solution focuses on a more sustainable and healthier corn that has more nutrients than previous seeds. By using high-quality seeds, it has been able to prevent 845 cases of malnutrition since 2016.

A student named Darren received a grant from the Interexchange Foundation to volunteer in sustainable agriculture in Guatemala. In a detailed account, he describes working with Semilla Nueva. Its 52 farmers use small, inexpensive techniques such as green manures and no-till farming. These techniques greatly increase a farmer’s yield and reduce carbon emissions.

Another group devoted to sustainable agriculture in Guatemala is USAID. The program is active in over 2500 communities focused in the Western Highlands of the country. In this region, chronic malnutrition for children under five is at 67 percent. This USAID program also works to increase employment through more labor-intensive crops and improve productivity in food staples such as corn and beans. In 2013 alone, it reduced malnutrition by seven percent and generated $20.3 million in sales for agriculture products.

While Guatemala faces the issues of malnutrition, certain programs continue to force this difficulty into the past. Moving past the simple donations of goods, these groups teach Guatemalans how to maneuver their own lives and take off the financial burden of those struggling.