Tag Archive for: Farming in Grenada 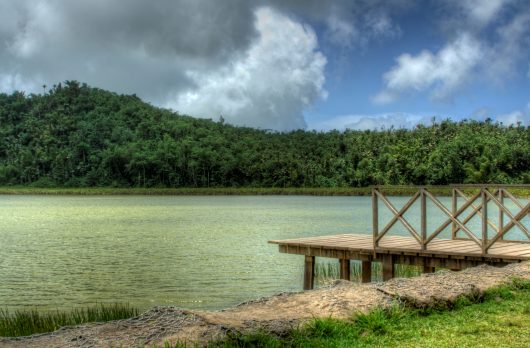 The small island nation of Grenada is located off the northeastern coast of Venezuela. Independent since 1974, its history has long been tied to the dark side of agriculture. Colonized in the 16th century by the French, they grew sugarcane on plantations owned by colonists and run by slaves. The British took the island in 1762 and expanded sugarcane production. Now the people of Grenada are moving into the future. In the twenty-first century, sustainable agriculture in Grenada is the goal.

The future of any nation lies with its children. The younger generations always hold the key to the future, but it is the duty of the older generations to lead by example. In Grenada, the government, in cooperation with the island’s 4H clubs and the World Bank, began an initiative to educate children about the importance of sustainable agriculture in 2016. The program is called “The Pilot Programme on Integrated Climate Change Adaptation strategies”. Its goal is to teach Climate-Smart Agriculture (CSA) to children in Grenada. To reach this goal, members of the government team and 4H members are trained in CSA techniques and lecture in schools across Grenada. These techniques are as simple as planting crops for home use among trees and other indigenous plants and saving rainwater.

Educating the population about these techniques is important to sustainable agriculture in Grenada. The small island nation is susceptible to hurricanes, which can cause massive damage to the island both physically and economically. Heavy rain and strong winds cause erosion. On a small island, any erosion can be dangerous. The World Bank emphasizes CSA techniques that promote smart land use. First on their list is no-burn agriculture. In slash and burn agriculture, a field or forest is cleared using fire and crops are planted in the ashes. Although the soil is highly nutritious for the crops, this technique causes mass erosion. Forests help to hold soil in place during storms.

Toussain’s power system also uses batteries so that his farm is not connected to the power grid. The cost of energy is high in Grenada, meaning that advanced farming techniques, especially irrigation, are difficult for many people to attempt. Toussain hopes that he can lead by example and others will follow suit. Systems like Toussain’s meet almost all of the World Bank’s CSA goals. In the future, it hopes to invest in ways to make it feasible for more farmers to follow in Toussan’s footsteps.

As Sustainable agriculture in Grenada gains momentum, hopefully more farms like Toussain’s will be seen around Grenada; not only small farms but also commercial farms. These farms would be both environmentally and economically friendly, encouraging prosperity throughout the nation.