Tag Archive for: Farming In Ghana 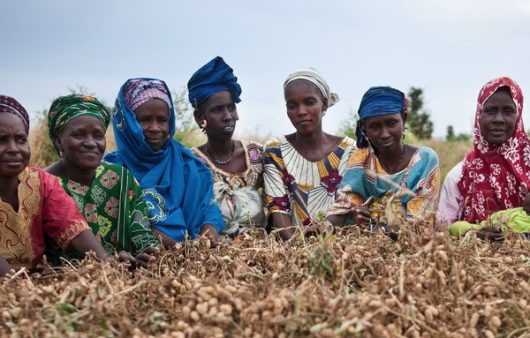 More than half of Ghana’s population works in agriculture, according to the Food and Agriculture Organization. Low-income families farming in Ghana are facing new challenges, such as climate change and the increase of conflicts, natural disasters and pandemics. The World Food Programme launched Purchase for Progress in 2008 to provide support for smallholder farmers to handle these shifts. The program connects smallholder farmers to markets and creates consistent demands. Below are five ways the program changed farming in Ghana:

Purchase for Progress introduced a weighing system to solve the problem of farmers’ lost revenue due to the “bush weight” system.

“Size 5” bags of grains weighing 150–170 kilograms were sold for the price of a 100-kilogram bag, leaving the farmers with less money than their valued crop. The World Food Programme’s Purchase for Progress program introduced weighing scales, which allowed the farmers to see the disparity between their product and its price when using the bush weight system.

The exposed, unfair system influenced the government to transition to a new method of fair bagging.

Since the upkeep of weighing scales can be expensive, the officials in the Ejura-Sekyedumasi municipality introduced another solution to ensure farmers received fair prices for their product. They have implemented the mandatory use of the “Size 4” bag, which holds 110 kilograms, instead of 150–170 kilograms.

Farmers learned to make sure their products do not have inferior grains and inorganic items. This improvement gives buyers the best quality crops and ensures that they will return.

The new standardized market system of trade allows for clarity and accountability between both farmers and buyers.

To establish awareness and acceptance of the new system across the market, the community radio joined Farm Radio International to give farmers a place to share their position.

The new systems empower smallholder farmers and transformed farming from mere survival into a business. Farmers’ income has increased, sometimes up to 40% — the amount that was previously lost with “Size 5” bags.

The new system gives farmers the opportunity to estimate the amount of money they will make each season, helping them to predict their future income.