Tag Archive for: Farming in Eritrea 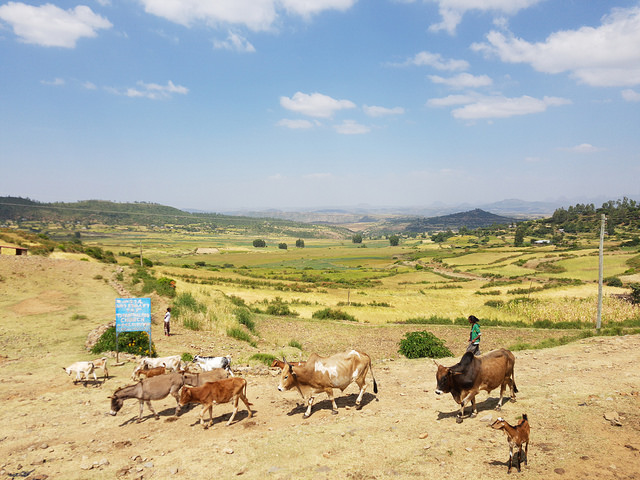 Drought, caused by inconsistent rainfall, hinders the crop yield of the subsistence farming. The labor required to increase crop yields and the growth of farms is unavailable due to mandatory conscription.

Furthermore, uncertain relations between Eritrea’s government and other states has led to a lack of mutual trust which would enable sustainable growth. This lack of trust makes it difficult to measure the impact of the lack of sustainable agriculture in Eritrea has on the population. It also makes it difficult for international actors to provide assistance.

According to the government of Eritrea, 70 percent of its land is classified as hot and arid. This land receives less than 350 millimeters of water each year. Despite this harsh environment, 20 percent of Eritrea’s GDP is its agriculture sector.

In 2016, the Ministry of Agriculture published a booklet, titled, “Impact of Climate Change on Agriculture and Food Systems: the Eritrean Context”. This booklet outlines its plan to improve the sustainability of agriculture in Eritrea. Important efforts include:

Eritrea aimed to increase collaboration with the United Nations Development Programme (UNDP) to promote sustainability and food security. As such, there has been success with projects that aim to increase sustainable agriculture in Eritrea, specifically in the small village of Keih-Kor. With the help of the UNDP, the village was able to regain the use of 45 hectares of farmland.

Techniques such as terracing and the construction of dams helped the villagers regain what erosion had taken away. The additional benefit of these techniques is that future erosion in these areas will be mitigated.

So far the Syngenta foundation has helped to complete the first-ever database report on soil erosion, water runoff and soil conservation at Afdeyu Station. This is the only station of its type that consistently measures these factors in Eritrea.

Other achievements include the successful testing of a micro-drip irrigation system in partnership with the College of Agriculture at the University of Asmara. The test showed food security rises with the use of the micro-drip system. Breeding tests of the new pearl millet, one of Eritrea’s major crops, have been successful both under controlled conditions and in the field.

With continued efforts, Eritrea can remedy its poor harvests due to drought. The country is still in need of a combination of funds to complete these projects and both advanced and simple technologies to improve crop yields. Implementing sustainable agriculture in Eritrea is not impossible, especially with the contributions of international organizations.