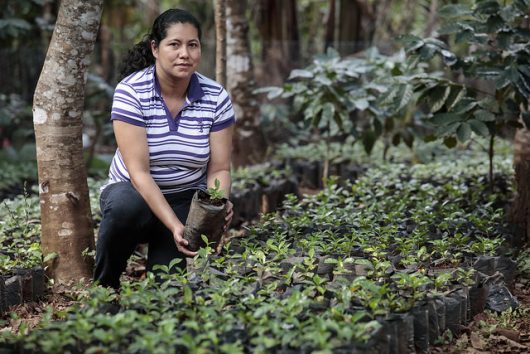 The country of El Salvador is known for being the smallest and most densely populated country in Latin America. It has the 12th highest GDP in the Americas. A large portion of their economic growth comes from remittances. Despite its comfortably high GDP, 32.7 percent of its citizens live in poverty and there is a need for developing sustainable agriculture in El Salvador.

The Development of Sustainable Agriculture in El Salvador

Agriculture, which had decreased substantially in the 1990s, continues to play an important role in the economy as it employs 25 percent of the country’s labor force. Coffee and sugar, El Salvador’s main exports, account for a significant portion of the agricultural sector.

As well, El Salvador is one of the most susceptible countries to climate change. Ninety percent of its land is deforested and there is little access to water. In 2014, for example, rains did not come and farmers lost almost 95 percent of their crops. With the growth and help of certain programs pertaining to sustainable agriculture in El Salvador, a healthier and safer life for the impoverished will come.

One example of a collective is the US-El Salvador Sister Cities (USESSC), a grassroots network of 17 cities and organizations that work in solidarity with farming communities in El Salvador. One of the groups they support is CRIPDES, the Association for the Development of El Salvador. With them, USESSC has enabled local committees to utilize organic agriculture practices.

One of their main phases to impact sustainable agriculture in El Salvador is to educate farmers. For example, the project teaches farmers how to create organic fertilizer instead of purchasing ones filled with synthetic chemicals.

Another main objective is to save native seeds as a way of continuing tradition and helping the economy in a circular way. Monsanto, a massive agrochemical company from the U.S., used to be the main provider of seeds in El Salvador. However, El Salvadoran native seeds are better suited for the environment than Monsanto ones.

Several years ago, the U.S. Embassy withheld $300 million in aid from El Salvador until they agreed to the Central American Free Trade Agreement (CAFTA). This would have opened bidding to companies like Monsanto, making their seeds easier to import. However, CRIPDES and other groups protested and contacted Congress. As a result, the position reversed.

In 2015, the El Salvadoran Ministry of Agriculture created the Family Agriculture Program. This gave 560,000 small farm families the opportunity to plant bean and corn seeds across the country to revitalize small-scale agriculture. They ended up producing 50 percent of corn seed supply and 8 percent came from native seeds, which turned out to be the highest ever.

With continued development and a focus on domestic products, sustainable agriculture in El Salvador will flourish. Through these ventures, not only will its economy improve, but the possibility to provide for its own citizens will become easier.