Tag Archive for: Farming in Bulgaria 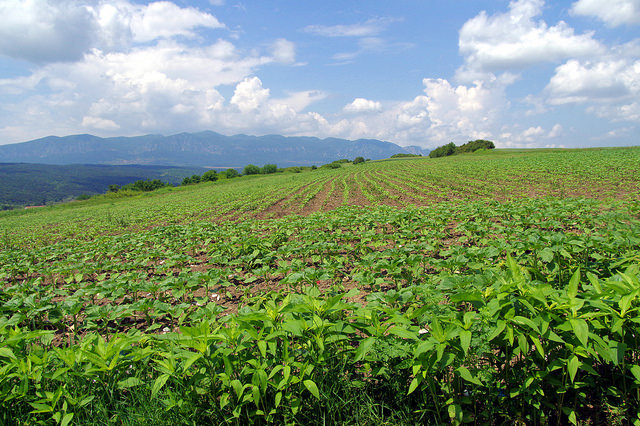 Bulgaria is a country in the Balkans and is known as one of the world’s main rose oil producers with fertile soil for crop production. That said, there have been many challenges regarding sustainable agriculture in Bulgaria.

The Food and Agriculture Organization of the United Nations (FAO) recently partnered with the nation in order to aid sustainable agriculture in Bulgaria. The partnership itself, advocating for small family farms in order to maintain the country’s food supply, has been helping to reduce food insecurity and produce nutrition research.

The partnership aligns with Bulgaria’s 2014-2020 National Development Strategy and the European Commission program to aid agriculture and rural development in countries such as Bulgaria. The FAO recently reported how invasive species may be to blame for Bulgaria’s food insecurity and unsustainable farming practices.

One officer on the FAO research team, Norbert Winkler-Ráthonyi, claimed in the report that Europe and Central Asia, in particular, are subject to these invasive species, saying, “Invasive insects, in particular, are damaging forests here.” Winkler-Ráthonyi continued to explain how invasive species usually began within a small region, but could easily intensify within a larger territory such as a forested area.

The FAO continues to monitor and research various insects within Bulgaria and its surrounding territories in order to identify the insects that are creating said damage. Furthermore, the FAO’s push to promote small family farms may aid sustainable agriculture in Bulgaria, as, in smaller regions, there is a smaller chance of invasive species damaging the area compared to larger regions.

On October 18, 2017, the Forest Invasive Species Network was established in order to aid in regulation and research the invasive species that are damaging sustainable agriculture in Bulgaria, Europe and areas within Central Asia. Winkler-Ráthonyi suggested that the creation of this network would “trigger region-wide cooperation on forest invasive species management.”

Organizations such as the FAO highlight the significance of looking into the problems of food scarcity like sustainability, rather than just population or economics. With the FAO and its networking, it remains a possibility that the issue of invasive species could be reduced in order to further nutritional and sustainable agriculture in Bulgaria and other countries around the world. Sustainability can no longer be just a goal but an expectation.