Tag Archive for: Farming in Brazil 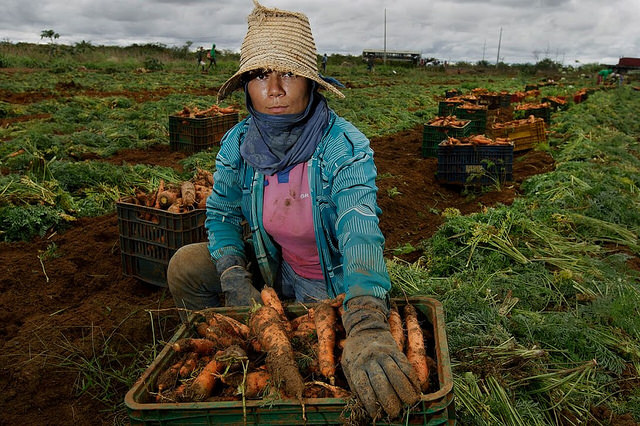 The United States Department of Agriculture defines sustainable agriculture as the production of plant and animal products using practices that will appease human needs for food, increase the quality of the environment and enhance the conditions of life for farmers and ultimately society.

Agriculture is a crucial industry in Brazil, as the country has immense agricultural resources available to it. It is one of the world’s largest countries and contains a vast area of land, an ample supply of fresh water and an abundant variety of various species of plants and wildlife. The country’s wide range of atmospheric conditions, paired with its advancements in technological developments, has allowed for sustainable agriculture in Brazil.

This, however, has not stopped the rise of obesity that this developing country has faced. Approximately 20.8 percent of the country’s population over age 15 has been categorized as obese. About 25 percent of women and around 18 percent of men aged 15 and over are considered overweight in Brazil.

The obesity increase has created a huge issue for Brazil’s public health system. Diagnoses of diabetes, hypertension and heart disease have skyrocketed. Doctors and weight specialists have identified this weight gain as occurring mostly among the poorest segments of the population, caused by the low cost of junk food and processed food.

In May 2017, Brazil became the first country to make SMART (specific, measurable, achievable, relevant and time-bound) commitments towards curbing obesity, as part of the United Nations Decade of Action on Nutrition 2016–2025.

The three commitments they promised to achieve by the year 2019 are to halt the rise of the rate of obesity in adults, lower the consumption of sugary beverages among adults by at least 30 percent and increase the number of adults who regularly eat fruits and vegetables by 17.8 percent.

Brazil has outlined the specific measures it will take to achieving these goals. These include, but are not limited to, reducing the price of fresh foods, providing loans to farmer families at a lower interest rate and providing direct transfers payments to poverty-stricken families so they can purchase fresh produce. The government has also made promises to create more sustainable agriculture in Brazil by vowing to increase public procurement of goods from family farmers.

The Brazilian people can play a critical role in creating sustainable agriculture in Brazil. Through their purchases, they are able to send messages to these producers and businesses about what they think is important for consumption. By promoting healthy, affordable diets made possible by Brazilian agriculture, the country can address multiple issues in a single effort.