Tag Archive for: Farming and Agriculture 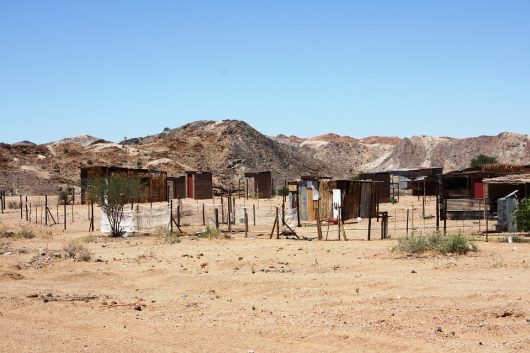 Although El Niño responsible for extreme weather changes around the world since the end of 2015, more productive and resilient farming practices are necessary to mitigate the future impact of climate change in Africa: Climate-smart agriculture.

A new briefing paper by the Montpellier Panel, consisting of African and European experts from the fields of agriculture, trade and ecology, have determined that African food security and agricultural development policies will fail if they do not promote farming practices that are climate-smart. The panel’s conclusion comes as Southern Africa tries to recover from a severe drought caused by the strongest El Niño in decades.

The Montpellier Panel’s paper critiques the Malabo Declaration, which was signed by member states of the African Union in 2014. It commits to doubling agricultural productivity by 2025 to feed Africa’s rapidly growing population. Increasing investment in agricultural sectors and boosting intra-African trade in agricultural services are among the main instruments the union will rely on to end hunger.

The Montpellier Panel argues that the targets set by the Malabo Declaration underemphasize the risk of climate change on food security, productivity and the importance of investing in Africa’s science potential. According to the briefing paper, African countries must integrate climate-smart programs. These are currently small in scale and set up by international or local NGOs into larger agriculture investment plans.

The Montpellier Panel’s release of the paper occurred as Africa tries to recover from the worst drought in a generation, which is linked to El Niño.

The Southern African Development Community has reported that crop failure and livestock deaths as a result of water shortages has led to higher food prices. Additionally, they have caused an estimated 41 million people in Southern Africa to become food insecure with 21 million needing immediate food assistance.

In Zimbabwe and Madagascar, last year’s harvest decreased “by half compared to the previous year because of substantial crop failures,” according to the Montpellier Panel. Cereal producers from South Africa to the Democratic Republic of Congo have also experienced a 9.6 million metric ton shortfall in production. South Africa is facing a 2.6 million ton deficit in maize harvests, the SADC said.

Although El Niño has ended and water deficits may improve if a La Niña weather pattern develops, climate change is expected to continue to have a significant impact on Africa. Over the next decades, mean temperatures across the continent will increase faster than the global average. Sea level rise will threaten land in the Nile Delta and other coastal areas.

The Montpellier Panel has recommended ways for African countries to expand the use of climate-smart agriculture and help farmers overcome the impact of droughts and other extreme weather changes.

Several countries have already experienced the benefits of climate-smart agriculture.

In Kenya, bucket drip kits supported by the Kenya Agriculture Research Institute have helped farmers deliver water to crops effectively and at a cheaper cost than other irrigation techniques. According to the Montpellier Panel, high-iron beans and orange maize have also become staple crops in Zambia because of their ability to tolerate droughts and heat.