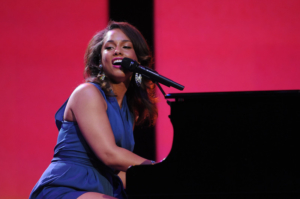 Multi-award-winning R&B singer-songwriter Alicia Keys, born Alicia Augello Cook, has been a household name since her breakout single “Fallin” in 2001. However, in addition to selling  42 million copies across her seven albums, she also co-founded the Keep a Child Alive (KCA) charity in 2003.

Keys and Keep a Child Alive co-founder and HIV/AIDS activist Leigh Blake met when Blake and U2’s Bono were collaborating on the 2001 revamping of Marvin Gaye’s 1971 single “What’s Going On” as an AIDS awareness charity effort. Blake insisted on bringing Keys into the star-studded affair because of Keys’ newcomer success in the music industry. Blake and Keys remained in touch. When Keys stated her upcoming tour would be making a stop in South Africa, Blake took the opportunity to invite Keys to see the effect of AIDS there. Speaking about the trip, Blake describes visiting clinics in South Africa where women would come to Keys and plead for assistance in securing antiretroviral drugs so that they could live to look after their children.

KCA aims to properly address and remedy the HIV/AIDS epidemic in Africa by focusing on treating people, not merely the disease. This essentially means recognizing and addressing the primary causes and underlying conditions driving the epidemic and virus. KCA’s website notes, “The trajectory of HIV and AIDS is closely linked to poverty.” According to the International Labor Organization, the connection between HIV/AIDS and poverty is reflected not only in the inverse relationship between higher infection rates and a reduced number of available workers but also in the effect the virus has on generations long term.

The Broader Impacts of HIV/AIDS

Living in an HIV-affected household increases the likelihood of the disruption of a child’s education in many ways, such as the cost of school becoming untenable due to reduced income in the household and the affected child then being required to work. However, KCA provides education and fosters development for young people and women to earn a living safely since poverty fosters unskilled labor and risky professions, such as sex work, especially among women and children. Additionally, migrant labor and travel for temporary jobs increase the risk of contracting the virus. As it so often does, an unrelenting cycle emerges. With more people contracting HIV/AIDS without appropriate medical treatment, fewer people are able to work and contribute to the economy.

KCA has several locations in Africa. Keep a Child Alive, in partnership with Women’s Equity in Access to Care and Treatment (WE-ACTx), provides medical care to women and children forced to relocate, some of whom contracted HIV/AIDS as a result of sexual assaults occurring during brutal attacks in war-ridden areas. With the evolution of WE-ACTx came the inclusion of mental health and psychosocial services. Keep a Child Alive also partners with the Family Care Clinic, providing pediatric HIV services in Kenya and Alive Medical Services in one of the most economically disadvantaged and heavily populated areas of Uganda, which offers “a beacon of hope: free, comprehensive HIV treatment.”

While the Black Ball is its most prominent charity event, KCA also encourages citizens to join in the fight by creating fundraisers as well as showing support by running marathons. KCA knows this is not an easy ask, but utilizing marathons as fundraising increases impact and engagement across the globe.

Along with its mission to support those around the world afflicted and affected by the HIV/AIDS epidemic, KCA has stepped onto the frontlines during the COVID-19 crisis. In the lingering wake of the pandemic, the charity has delivered emergency relief to those in need by providing more than one million pounds of food supplies to more than 100,000 people across several countries, principally children and youth younger than 16.

The collective efforts of Keep a Child Alive bring hope to those with HIV/AIDS in impoverished regions, staying true to its vision of “helping children and young people reach their potential, and live healthier, happier lives.”