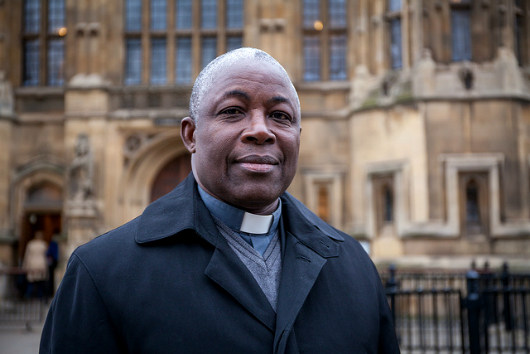 It is the holy month of Ramadan in Sierra Leone and attendance at religious services was up from the rest of the year on Friday. Sermons provide the best platform for educating the general population about the Ebola epidemic and religious leaders are using faith to fight Ebola in Sierra Leone.

In a country that has witnessed Ebola’s devastating effects, religious leaders from all walks of life have come together to work to end the epidemic. Of the 27,479 confirmed cases of Ebola reported by the World Health Organization, over 13,000 have been reported in Sierra Leone.

The Freetown-based NGP, Focus 1000 came up with the idea to use interfaith dialogue to educate citizens about the dangers of Ebola.  In a country that is 78 percent Muslim and 21 percent, Christian, it has been one of the most successful means of combating the deadly disease.

One of the main causes of the unprecedented spread of Ebola was the lack of understanding that Ebola spread through bodily fluids even after the victim had died. Muslim and Christian burial rites composed of family members washing the deceased patients. Coupled with mistrust of the government and aid worker’s body disposal protocols, it created a situation where infections were being passed along routinely.

Ramadan Jollah, the chief Imam of the Jam’iyatul Haq Mosque in Freetown explained, “Sierra Leone has a clear understanding of what religion really is — that religion is not there to create problems between people but instead to bring people together.” Together, Muslim and Christian leaders have used their anointed trust to help their communities follow health protocols.

The Imam has used verses of the Qur’an to appeal to Ebola prevention tactics. The Qur’an allows Muslims who are martyred to be buried in their clothing without being washed. He quotes the Prophet of Islam imploring Muslims to wash their hands regularly.

Similarly, Reverend Christiana Sutton-Koroma addresses her congregation in a small church. The Reverend quotes passages from the Bible’s Book of Numbers – prohibiting people from coming into contact with corpses that can infect them.

She dispels myths of burial washing and also avoiding seeking care in case of infection.  Members of her congregation take her message very serious and many go home to spread the message to their families, friends, and neighbors.

International NGOs such as World Vision have followed suit, creating venues for Muslim leaders to address Christian congregations and vice versa.  It is not uncommon in Sierra Leone to have multi-faith families.  Christians pray for their sick Muslim neighbors in churches and Muslims pray for their Christian counterparts in mosques.

The tactics are working. Sierra Leone, while having the most cases of confirmed Ebola, has also the least mortality percentage in comparison to their neighbors in Guinea and Liberia.  New cases have begun to rapidly decline.  In May 2015, the country declared itself Ebola-free for the first time.  Although it did not last long, progress is being made.

USAID has pledged to send the US $126 million to the three countries-Liberia, Sierra Leone, and Guinea- to strengthen their health care systems by providing crucial support such as vaccines and vitamins.  The United Nations says US 88.1 million dollars is needed to support the “last mile” of the international response to the Ebola outbreak in West Africa.  Foreign Aid, coupled with faith, is fighting Ebola in Sierra Leone, and together they are winning. 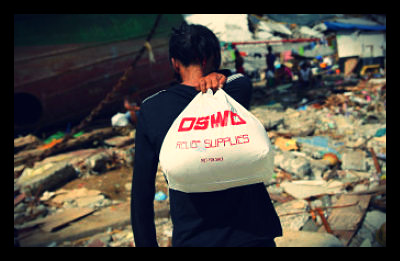