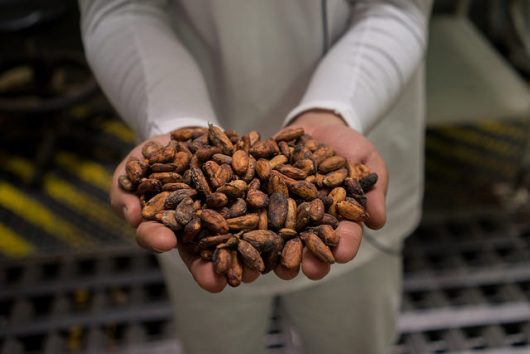 Colombia is a land known for its jungles, food and, of course, the coffee industry. Four million of  Colombians rely on the coffee bean for income. While coffee is the second most profitable industry in the world, 30 percent of the country still lives below the poverty line. These valuable coffee farmers are living on less than $2 a day, and yet are at the forefront of the global economy.

This discrepancy is largely due to two factors: the middlemen are making 87 percent of the profits, and most farms are too small to become “fair trade certified” in order to sell fair trade coffee in Colombia. It is an unprofitable business for the growers but is central to Colombia’s and the world’s economies.

This disconnect perpetuates poverty in the country, as well as creates a lack of interest in the youth to continue the coffee business. Children grow up watching their parents struggle on the farms and receive little pay from buyers, and witnessing such hardship significantly impacts the next generation’s well-being and career foci. There is now a growing trend of these growing sons and daughters not only leaving their communities to escape rural poverty, but participating in criminal activity and gang life due to lack of education, and a support system elsewhere.

As the coffee farmers struggle, crime increases, and in a cyclic motion, so does poverty. Fair trade coffee in Colombia is key to abolishing such high rates of poverty within the economy.

The country has been taking measures to focus on growing profits from the industry and works to address the poverty issue at hand. The Colombian Coffee Growers Federation has been working to spread fair trade coffee in Colombia, transparent and fair prices and humane working conditions for farm workers.

One Improvement at a Time

Thanks to new and required minimum price lines on the beans, and large-scale corporations stepping in to help, Colombia is slowly improving living conditions for their farmers, making it a viable income for many. Making coffee have a required fee guarantees that farmers make a certain profit. The farmers can charge more if they’re able, but doing so deters buyers from taking advantage of the small farms.

Starbucks is one of the large corporations practicing direct trade in order to ensure fair price for both parties. They don’t buy from middlemen. They go straight to the farm. This practice is spreading slowly among coffee chains, thanks to the ethical sourcing being already embraced by a few.

A huge problem in the improvement process of this industry is the price to become Fair Trade Certified. Most of the coffee farms are small and lack the funds to gain certification. Many even already implement the practices involved, but are not able to participate in the movement and thus cannot gain the associated Fair Trade Certified market advantages.

Due to this occurrence, the National Federation of Coffee Growers strives to give easier access to the certification of small farmers, and lower costs. The Federation has already implemented measures to improve the sustainability, working conditions and economic value of the coffee business as a whole.

Colombia has a goal now to be certified nationwide by 2027. The government is working very closely with the different organizations to achieve this and is making the coffee business the nation’s business.

Thanks to conscious buyers, and chains that buy directly from the farmers, the country might be able to pull through with this achievable goal. The movement for fair trade coffee in Colombia has already gained a significant amount of traction in the United States and Great Britain, and small coffee farmers could be the key to raising Colombia out of poverty.