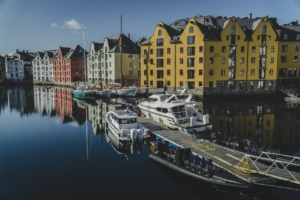 Norway, with a population of just over 5 million, is one of the smallest countries in Europe. Yet, even with its small size, Norway has shown to be mighty in terms of social progress and equality. In fact, Norway ranks as the country with the highest level of income equality, while also ranking second for gender equality worldwide. However, even though Norway is the fairest country, it still has much more work to truly become equal.

Norway’s main successes in improving gender equality come from ensuring that all women are given exactly the same opportunities as men. For instance, Norway’s Gender Equality Act specifically guards against gender discrimination. It mandates that employers provide equal opportunity and report on instances of discrimination. Similarly, the Ministry of Culture annually collects equality assessments from subordinate agencies. This helps identify the possible weaknesses in Norway’s policies so they can work to improve them.

Because of these acts and agencies, Norway’s reforms have had incredible results. One significant improvement is in higher education; as early as 2001 women earned over two-thirds of university degrees, even with men earning more degrees in STEM fields. In regards to labor, in 2020, only 5.2% more men than women were in the Norwegian workforce.

Not only is it one of the fairest nations in the world with regards to gender, but Norway is the fairest country when it comes to income. For instance, while the top 10% of Norway’s earners owned almost 25% of the GDP in 2006, this number dropped to about 20% in 2015, which is a much lower number than the world average. In 2017, Norway also ranked fourth out of 30 high-income countries in terms of the ratio of women to men in the workforce and the ratio of female to male income, highlighting its extraordinary response to gender issues.

Although Norway is making significant progress with gender and income equality, it still has a long way to go in regard to racial equity. Due to a severe lack of diversity in the country, with over 83% ethnically Norwegian, it does not come as a surprise that less than 1% of employees at Norway’s top 50 companies are minorities. Also, Norwegians have a bias against immigrants; 84% of the population believes that immigrants are discriminated against at the workplace.  Even though Norway is the fairest country in the world, these numbers emphasize the need for further reforms.

More work needs to continue on the gender gap for income. For example, in 2016 a man in Norway earned $1.27 for every dollar a woman earned. That is a difference of about $16,000 in annual salaries between men and women.  That gap remained about the same in 2021.

As the pandemic has spread throughout the world, it has hit Norway hard. In fact, in March 2021, over 52% of businesses had said that they had experienced lower demands or cancellations.  Furthermore, even after the worst of the pandemic, 13.4% of Norwegians are still in poverty, especially for those in occupations like transportation that have shut down due to COVID. Even with just over 180,000 cases in the country and less than 1,000 deaths, it is easy to see how the pandemic has had harsh economic effects.

With that said, Norway has made tremendous efforts to move towards a sustainable future. The country has cut oil and gas prices to increase demand and has helped stabilize the national debt. Norway has also taken a lead in driving toward the United Nations Sustainable Development Goals (SDGs).  These SDGs boldly aim to end poverty by the year 2030. They also strive to eliminate gender equality worldwide in the next decade. In fact, the Norwegian Prime Minister is co-chair of the Goals, helping lead an ambitious mission towards an equal society.

Norway is one of the fairest countries in the world even with flaws relating to racial and gender inequality. The country has shown impressive improvements and has placed a significant emphasis on equality in recent years. Even during the tough times of COVID-19, Norway is in a strong position to lead the world towards a bright future.