Tag Archive for: Facts About Sanitation in Nepal 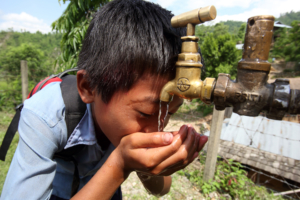 Clean water and a clean environment are the foundations of a healthy life. Polluted water and poor sanitation can make anyone sick, regardless of nationality or geographic location. That is why it is so important to place global attention on the issues of water quality, hygiene and sanitation. Nepal has emerged as an example of how attention can lead to improved sanitation. Though challenges still exist, including drinking water functionality and regional disparities in development, Nepal has made significant progress. Here are 10 facts about sanitation in Nepal.

10 Facts About Sanitation in Nepal

These 10 facts about sanitation in Nepal showcase the progress that Nepal has made since the International Water Supply and Sanitation Decade. With continued attention, Nepal should be able to continue its improvements into the future.