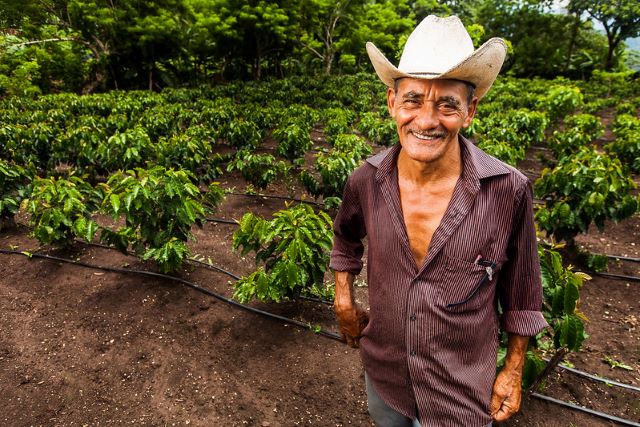 Proof of land ownership is an essential tool to protect the livelihoods of those who depend on livestock and agriculture to feed their families and earn an income. However, in many developing countries such as Honduras, systems of land registry are unreliable and prone to corrupt manipulation, leaving farmers vulnerable to unlawful land seizures. Blockchain-based land registry aims to address this.

Despite this, the rise of blockchain technology has brought about a potential solution to undependable land registry systems. Providing a secure system of digitized land titles does more than protect property rights. It also gives farmers the ability to borrow against their land assets to raise capital, which could be used to invest in their businesses and broaden their economic opportunities. Blockchain-based land registries can be used to protect Hondurans’ land ownership rights.

In 2015, the government of Honduras reached out to Factom, a U.S.-based blockchain technology company, to develop a nationwide land registry system. This decision came in light of the growing threat of land title fraud in Honduras, which would often occur at the hands of bureaucrats hacking the existing government land title database to steal land for personal use.

In a country with rampant corruption and unsecured land registry systems, Honduran farmers are at risk of falling into poverty and displacement at the hands of government officials or powerful landowners seeking to broaden their commercial agricultural holdings. A secure system of registry built with blockchain technology would provide a solution to this problem.

Although Honduras reached out for assistance in building a secure system, by the end of 2015, efforts to develop it stalled due to the government’s unwillingness to continue the effort. Nonetheless, there is still hope for the eventual continuation of the project, as it has the backing of the World Bank and other international donors.

Blockchain-based land registry systems represent an optimal solution for Honduran farmers because of their unique security. These systems track transactions with a timestamped digital signature and store them in a connected, distributed array of computers scattered around the internet. The digital signature tracks the history of ownership, thereby making the land title unsusceptible to tampering. Furthermore, blockchain technologies can utilize GPS coordinates to describe the exact dimensions of each claimed land parcel and pair it with the digital ID of the owner. The result is a secure system that protects farmers’ rights to land ownership.

The Intersection of Tech and Poverty

Innovations in technology and the spread of internet access are crucial in the fight against global poverty. Blockchain-based land registry solutions enable farmers to protect their livelihoods and invest in expanding and diversifying their agricultural yields. As more farmers better their economic situations and poverty levels decline, the demand for consumer goods rises, which bolsters trade and the wider global economy.

Investing in solutions to global poverty, thus, entails a two-way path of rewards: developing countries are able to rise out of poverty and developed countries establish connections with new trading partners. When one country climbs out of poverty, every country benefits.