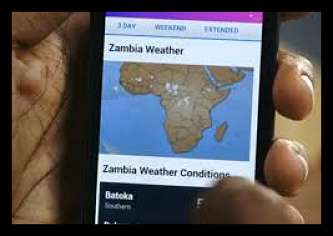 As part of a trend to eliminate healthcare barriers for the poor, Facebook is helping to provide free access to advantageous websites to impoverished women in Africa. Some of these websites target pregnant women and advocate and educate for better maternal health.

At this point, inaccessibility to expensive data plans has been a large barrier between women and the internet. With a new mobile app that the company unveiled this past week, women will have free access to websites like MAMA (Mobile Alliance for Maternal Action) and WRAPP, which advocates for women’s rights. The application was designed in coordination with local government groups to fill in some of the communication gaps that persist.

With the first initiative scheduled for Zambia, the pilot program has the potential to branch out to other developing countries. Though the program is accessible to both men and women, women will be disproportionately helped through this program. With Zambia having a significant gender inequality gap, women will be able to gain more from having access to healthcare information and job postings that will now become more accessible.

As part of the growing technologies industry looking to expand their market to the estimated five billion people without internet access, Facebook is reaching out to the underexposed in Africa. CEO Mark Zuckerberg said of the project, “I believe connectivity is a human right.” With the motivation to connect and network users of the application to other parts of the country and the world, Zuckerberg is well on his way to an integrated global community.

The application is a game-changer for women’s rights, particularly in traditionally oppressive governments. With support from many international women’s rights groups as well as vocal laudation from the Executive Director of U.N. Women, the Facebook app has the potential to create a social revolution around the world.