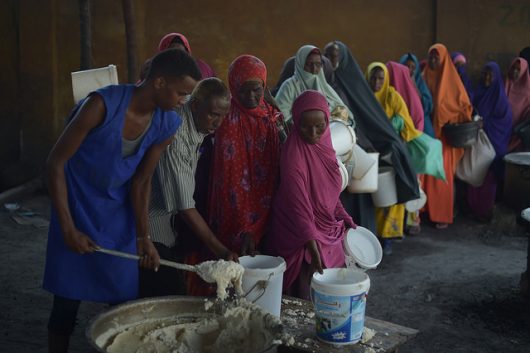 Hunger is an easy enough concept to imagine. Most people in the world have experienced it at some level or maybe even gone an entire day without food. But what is hunger at a global level? When hunger is discussed as an issue, there is a major gap between the conception of hunger and how those without access to food experience hunger. In the end, hunger is a systemic problem in people’s lives; those who suffer from hunger are unable to consistently achieve proper nutrition and face food insecurity.

Hunger still affects more than 800 million world citizens. This number reflects about one in every nine people worldwide. Hunger is most common in developing countries, where 12.9 percent of the population suffers from undernourishment. The continent of Asia contains the highest number of hungry people, while Sub-Saharan Africa has the highest prevalence of hunger – one person in every four faces undernourishment.

The most extreme cases of hunger on a public scale are famines, where an excess of deaths occurs as a result of starvation or hunger-induced diseases. These diseases are often preventable with a proper diet, but although there is an excess of food worldwide, the hunger originates in that food being inaccessible. Lack of access is often caused by a insufficient funding and war within an area, as seen in the South Sudan famine declared by the U.N. in February of 2017.

New research shows that generations down the line will also be impacted by the costs of hunger. While it is well-known that young children are often the most vulnerable to hunger, Columbia University’s 2014 study of genes in roundworms after an initial starved generation found that small changes in an organism’s molecular makeup due to its health can be passed on. This means that even after hunger has been reduced, future generations may still see its effects in their own lives.

Fortunately, hunger and famine rates have decreased. The Global Goals of Sustainable Development include ending hunger and creating food security and sustainable farming as its number two goal, set to be achieved by 2030. The best strategies for ending hunger are supporting small farmers, targeting infant nutrition and utilizing biotechnology in crop creation.

Additionally, legislative action in the United States Congress is working toward alleviating hunger worldwide. The Food for Peace Modernization currently seeks to make the Food for Peace program more efficient – at no cost to taxpayers – so that it can provide food to nearly nine million more people. Understanding what hunger is can create measures like this worldwide and offer new chances for those suffering from hunger to find relief. 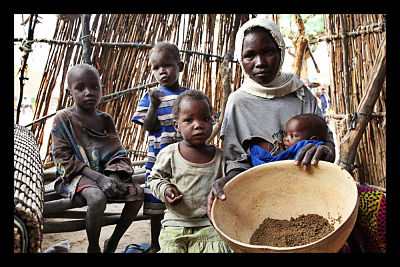 In 1990, the United Nations set the Millennium Development Goals (MDGs): a set of priorities to be met by the year 2015. Two years from the deadline, one of those goals has already been met.

The number one priority for the UN in 1990 was the eradication of extreme poverty. Extreme poverty is defined by the World Health Organization (WHO) as living under the dollar amount of $1.25 USD per day. In 1990, over two billion people were considered to be living in extreme poverty. Today, that number just over one billion, meeting the MDG of halving the world’s extreme poverty rate.

WHO is working with countries across the globe in several ways that combat hunger. Specifically, WHO works with these countries to:

By facilitating the maintenance of local support infrastructure and monitoring systems for child nutrition levels, WHO is encouraging the increased accountability for important, early development in the most at-risk nations. Not all the world’s most hungry people are children, but a great proportion of them are. These efforts take aim at an area in need of major improvement and, by doing so, are an efficient measure taken toward the eradication of hunger worldwide.

Not only is the WHO’s focus on child hunger an important one for the success of the MDG program, it also recognizes the significance of hunger as an issue for early development and future health. Hungry children are more at risk to develop problems later in life than hungry adults because the internal systems in children are still growing and more at risk for failure due to insufficiencies in their diets. By focusing on child nutrition, organizations like WHO do well in taking a utilitarian stance on extreme poverty and hunger.