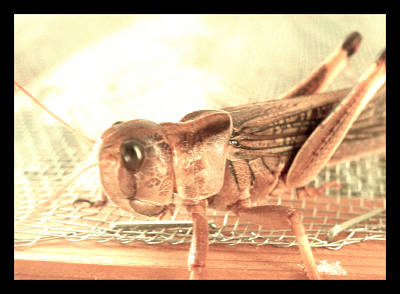 Insects have been eaten by humans for centuries. Little do most people know that pound for pound, insects pack more protein than regular beef or chicken. Today, one start up company plans to reclaim bugs as a source protein to improve food security and protect the environment.

Exo is a new company started by Brown University graduates Greg Sewitz and Gabi Lewis. Exo produces protein bars that are made with a very special ingredient: cricket flour. The crickets are slow roasted and milled into a fine powder. The cricket flour is then combined with organic ingredients such as raw cacao, dates, almond butter, and coconut. The result is a high protein, low sugar, nutritionally packed protein bar. The bar boasts a high content of omega 3 fatty acids, iron, and calcium. The bars are also gluten free, dairy free, soy free, and have no artificial preserves or processed ingredients.

Why eat crickets? Crickets are extremely nutritious. They are made up of a majority of protein by dry weight. They also contain all the essential amino acids. Compared to beef, 100 grams of cricket powder contains 69% protein while 100 grams of dried beef contains only 45% protein. Sirloin steak has even less at 29% per 100 grams. Cricket powder also contains nearly as much calcium as cow’s milk.

By creating these protein bars, Exo hopes to convert the world’s food eating patterns into more sustainable ones. Despite the many benefits of consuming insects, most people are still hesitant to do so, especially in the United States. However in reality, 80% of the world already does so. Additionally, Exo has worked with expert chefs and conducted taste tests to produce a protein bar that is both wholesome and enjoyable.

Both Gabi and Greg of Exo hope to see their company expand to include a variety of insect based foods. Ultimately their goal is to “feed the world without destroying the planet.” By tapping into insects as a source of protein, Exo stands to make a real difference in the food industry.