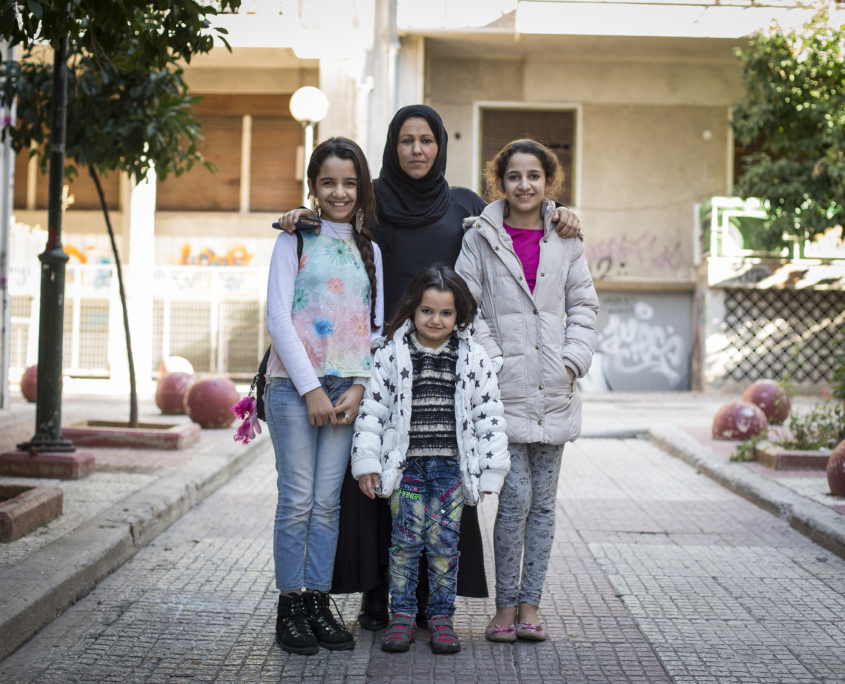 In Spain, 10% of the population occupies 70% of the land. Meanwhile, the rest of the population lives in only 1,500 large and middle-sized cities. Similar to other European countries, Spain has undergone dramatic demographic changes in the last decade. Of towns with fewer than 1,000 residents, 90% have seen people move away, leading to grocery stores and other essential businesses having to shut down. The benefits of resettling refugees in rural Europe are on display in Pareja.

A school in Pareja, Spain might have had to close if not for the refugee families with young children who recently moved to the area. Towns With a Future Association is an NGO connecting refugees and small towns. The nonprofit helped one Venezuelan family relocate from Madrid to Pareja, a town with 400 inhabitants. Moving to a small town allowed the family to make connections with locals more easily, find suitable jobs and go off government support sooner. Pareja has had great success in welcoming refugees and the town has a desire for new life and increased prosperity. Every town is different and challenges exist for both refugees and receiving communities.

The demographics of the European Union (EU) are changing. A European Commission study from 2020, “The Impact of Demographic Change,” took a look at these changes and how they could affect European society. Europe has an increasingly older population due to high life expectancies and low birth rates as rural and remote regions are losing people and urban regions are gaining people. The report addressed COVID-19 recovery plans by explaining that “this is an opportunity for Europe to build a fairer and more resilient society.”

A more inclusive labor market must include increased employment for women, a better relationship between family life and work, support for disabled people, opportunities for people with little education and efforts to prevent all forms of discrimination. The working-age population of Europe will shrink in the next decade and the increase or decrease in opportunities for refugees and other underrepresented groups will have a direct effect on the speed and severity at which the population shrinks. Prosperity for refugees in rural Europe is possible if there is an adequate investment and care for receiving communities in rural regions.

Resettling refugees in small and medium-sized towns across rural Europe has become a more frequent practice in recent years. The practice is in part due to dispersal policies, which ask small and mid-sized cities to integrate refugees to prevent overcrowding in large metropolitan areas. Furthermore, there is an increased desire from small towns to simply help out and be of service.

A research report by the Migration Policy Institute (MPI) Europe, titled “Building Welcome From The Ground Up,” explored the expanding role of rural municipalities in welcoming refugees and migrants. The research argued that if EU-wide immigration policies chose to include rural regions of Europe, integration efforts in both urban and rural areas would have the potential to be longer-lasting and more sustainable.

Smaller towns are often more personal, meaning that people may be able to more easily navigate essential services and meet locals naturally in day-to-day life. Newcomers also tend to learn the language more quickly and receive a more personalized and tailored welcome than in large cities. Rural development is an important opportunity because it benefits refugees in rural Europe and the receiving community.

Liam Patuzzi, a policy analyst at MPI Europe and an author of the study, spoke with The Borgen Project about the development opportunities that national funding provides. Patuzzi told The Borgen Project about the research by stating “we heard about this alliance of small municipalities in southern Italy that tried to use the resources and funding that come with resettlement to create community enterprises” that employ “resettled refugees.” The alliance “would help revive certain local trades and skills such as viticulture.” In the case of the small municipalities in Italy, funding from the national government helped towns create jobs for migrants and refugees that also brought back local industries.

Aside from national government funding for resettling refugees, small towns also benefit from the increased population. Businesses and institutions that rely on regular attendance, such as doctor’s offices, grocery stores and schools, are able to keep doors open. The larger and more diverse population also leads to new learning experiences. A local school in Martelange, Belgium added additional French and math classes to the school roster when more students began attending school. The town also added a new medical center because of higher demand. Meanwhile, in Sant’Arcangelo, teachers learned how to teach Italian as a foreign language for the first time. Opportunities are abundant when newcomers enter rural communities and challenges are equally present.

Rural areas may not have very specialized services, especially for refugees and migrants with complex challenges, trauma or disabilities. Limited employment opportunities are also common, usually for both newcomers and long-time residents. Life for refugees in rural Europe can be cheaper and more spacious than life in a large city at times. However, that is not the case for refugees in some towns, and especially for those without a job.

The homogeneity of rural regions can be isolating. Although social interaction with locals may happen more frequently, it does not necessarily lead to meaningful connections. For young people, it can be particularly hard to form deep friendships in rural areas of mostly older residents while there is less access to public transportation. The established elements can make the other challenges more extreme because there is not an easy way to find jobs or social connections in a nearby city. In the MPI study, transportation was one of the most challenging barriers for refugees in rural Europe to overcome.

Despite the difficulties, there is hope that small municipalities will have a positive impact on integration with the right government policies, funding and local initiatives. Patuzzi and a team of fellow researchers in the study emphasize the importance of adequate preparation and support in order to bring prosperity to receiving communities and refugees in rural Europe. The changing demographics of many older residents, young newcomers and depopulation in rural areas will require addressing in the near future to ensure a decent standard of living for all.