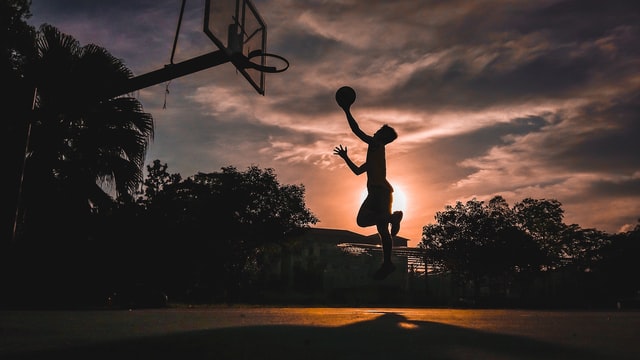 For the past several seasons in the NBA, there has been a bright, blinding and rising star who has continued to awe and engage hearts across the world year after year: Giannis Antetokounmpo. But what makes the “Greek Freak” so incredible is not only what he has been able to do on the court, but also his experience and devotion to those off the court and back in his home country of Greece through the AntetokounBros Academy.

In 2019, Antetokounmpo and his brothers began this basketball academy to support young adults and children from underprivileged socioeconomic groups. The academy provides its participants with the opportunities to get involved with sports and to sometimes just get a hot meal and some rest. As of 2021, the AntetokounBros Academy has helped several hundred kids get onto the basketball court and impacted many more lives through community outreach.

The Antetokounmpos grew up in difficult circumstances as “stateless” Nigerian immigrants in Greece. Since they were young, Giannis and his older brother Thanassis began hawking things like sunglasses on the streets to help their parents pay for living expenses. The family would often go without meals for several days.

These circumstances are not uncommon in Athens and in Greece as a whole. Since the financial crises of the late 2010s, Greece has struggled to bounce back after major economic hits. This has resulted in Greece experiencing the third-highest poverty rate in the European Union. In 2015, the European Parliament reported 45% of children in Greece were living without basic goods and services.

In the light of this hardship, the brothers have stated that they believe basketball brought them where they are today. The community it gave them and the time they spent at basketball camps –which provided paid meals or free clothes– were incredibly helpful for them as they grew up.

Athens is the largest metropolitan area with the densest concentration of people in Greece. It is also the hometown of the Antetokounmpo brothers. As such, the AntetokounBros Academy is a program that promotes community involvement for the youth of Athens to get involved with sports, specifically basketball. A Eurostat study found that “4 in 10” under the age of 17 are at risk of “poverty or social exclusion,” and the situation for the people of Athens specifically is extremely dire.

Over the years, the academy has also come to serve as a community center and help center; it takes in and develops young players and coaching staff from all around Greece, with a particular interest in people from communities that are struggling socioeconomically.

The AntetokounBros Academy has set out to inspire charitable work through basketball and outreach in the local community. The academy does everything from hosting food drives to collecting donations worldwide — with help from the Greek Freak himself of course. It hosts tournaments, provides mentoring workshops and scouts talent.

The AntetokounBros Academy has partnered with the Onassis Foundation, Nike, EuroHoops and the NBA to bring about awareness. The organizations also work to show the world the results that such a program can bring to the members of a community while combatting some of the symptoms of poverty.

As Konstantinos Papaloukas, Managing Partner of EuroHoops, an integral partner and benefactor of the academy, said in a statement, “With the Initiative of AntetokounmBros Academy we give opportunities to children to change their lives and fight for their dreams.”

From sharing a pair of basketball shoes with all four of his brothers to becoming a champion and Finals MVP just this last NBA season, the Greek Freak, together with his brothers, understands more than most about the burdens of circumstance and the incredible impact of help in every person’s life.